At 5 pm (95 minutes from now) Alec Baldwin and James Toback will be leading a post-screening discussion of Barry Lyndon (’75) at Savannah’s Lucas Theatre. The Stanley Kubrick film began showing around 2 pm. I waited in the green room before it began to do a chat with Toback (which I’d been told I was scheduled to do), but he wound up doing a longish TV interview and I was shunted aside. I didn’t care that much. I took a nap in an easy chair instead. 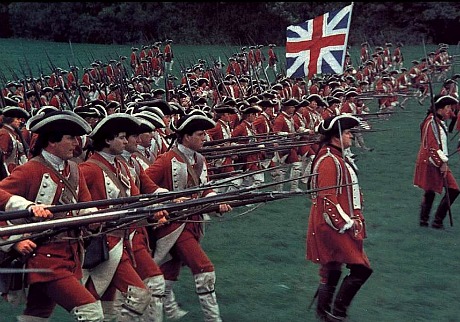 I went upstairs to see how Barry Lyndon looked, and was amazed and very pleased to see it projected at an aspect ratio that almost looked like 1.37 to 1 but was definitely boxier than 1.66 to 1. If any 16 x 9 or 1.85 crop fascists had been there they would have been furious. “Chop those tops and bottoms off!,” their mantra would go. “What’s with all the headroom? This is an outrage! Who’s the projectionist?”

The foot-lambert levels were insufficient, of course — it looked like 8 or 9 foot lamberts, definitely on the dark side — and the focus was hazy. This is what your typical theatrical projection of classic films is mostly like these days, for the most part. What you see is nowhere near as sharp and well-lighted and good-looking as the Bluray. Cheers all the same to the projectionist for staging a mini-rebellion and showing this classic film even a tad boxier than Kubrick himself intended.