Lars von Trier‘s Melancholia (Magnolia, on-demand 107, theatrical 11.11) screened last night at the New York Film Festival, and then the stars of the cast — Kirtsen Dunst, Charlotte Ginsbourg, Alexander Skarsgard — attended an after-party at the Stone Rose Lounge inside the Time Warner Center. It boiled down to free wine and beer and Deleon Tequila, and a sadistic deejay playing house music that put me in a bad mood and kept me there. 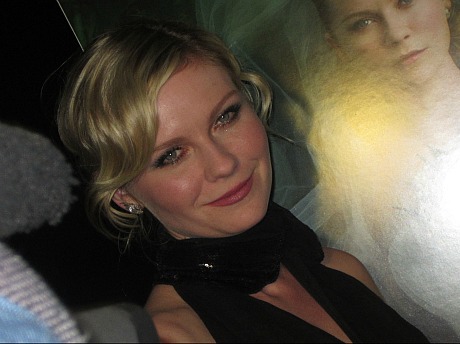 After catching Melancholia at the Cannes Film Festival i called it “a morose, meditative in-and-outer that begins stunningly if not ecstatically and concludes…well, as you might expect a film about the end of the world to wrap itself up.

“Von Trier’s ensemble piece ‘isn’t about the end of the world but a state of mind,’ he said during the Cannes press conference. My thinking exactly. But it’s also a more striking thing for where it starts and what it attempts than how it plays.

“It’s basically just a stylishly nutso, intriguing, semi-bombastic ensemble piece about despair in the face of eventual ruination. You know…the kind of thing that most HE readers have in their heads each and every day. 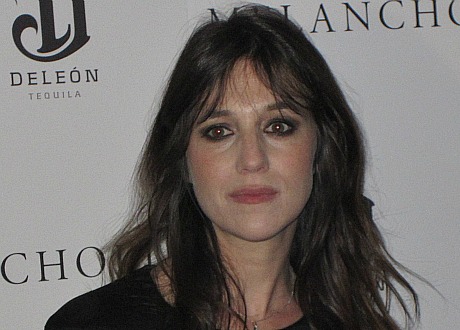 “I felt elation only in the very beginning, and somewhat at the very end. But otherwise it mostly felt like a meditative slog. It’s not without its intrigues but it lacks tension and a through-line and a story, really, of any kind.

“After the stunning, tableau-like, slow-motion opening, Melancholia gets down to basic business. Situation, circumstance, character, mood.

“Justine (Dunst) is getting married to Michael (Skarsgard) and her control-freak sister Claire (Charlotte Gainsbourg) has orchestrated the wedding with husband Keifer Sutherland‘s money, and not the funds of Dunst’s father (John Hurt). Charlotte Rampling has a couple of scenes as Dunst’s blunt, cynical mom.

“But right after the wedding Justine slips into gloom-head nihilism and suddenly stops being attentive to Skarsgaard and starts meandering and moping around and fucking some guy (Brady Corbet) she barely knows near a golf course sandtrap.

“Did I mention that the Earth is apparently on some kind of collision course with a planet called Melancholia, which has recently emerged from behind the sun? And that no one turns on a TV news station throughout the whole film, and that Gainsbourgh goes online only once? 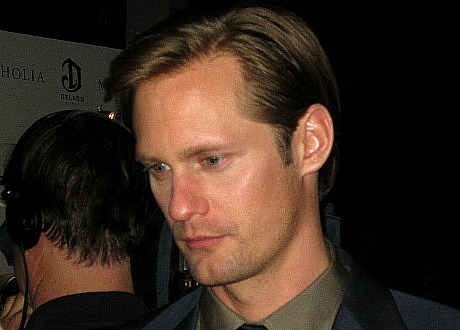 “Death dance, death art…when worlds collide. Von Trier had a mildly intriguing idea here but didn’t know what to do with it, or he perhaps didn’t care to try. All he does is riff about how tradition and togetherness are over and very few of us care. My sense is that Von Trier experimented and jazz-riffed his way through most of the filming.