Support on Patreon Follow @wellshwood
29 Comments
All Fall Down

Lauren Greenfield‘s The Queen of Versailles, an oddly spelllbinding, must-see documentary that screened last night, is fundamentally about how the vacation-timeshare empire of former billionaire David Siegel started to collapse after the financial meltdown of 2008. But the focus is about how his marriage to 40something Jackie, a clueless, fake-boobed 40something bimbo, began to rot around the edges when the money began to evaporate and budgetary restraint became necessary. 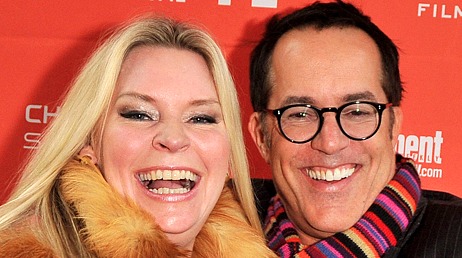 Jackie Siegel is truly appalling — a metaphor for a kind of profligate soul cancer, a poster lady for the insipid American emptiness of the 21st Century. She’s not without “good” qualities, but she makes Imelda Marcos look like June Cleaver. She admits to Greenfield that she had kids because she knew her nannies would take care of them. She is compulsive, immature and uneducated — an eight-year old. She’s had a deceased pet stuffed and keeps his remains inside a glass case. When times get tough dogshit turds are seen on the floor of her home. She asks a car-rental rep at an airport who her driver will be, and is surprised to discover that she’ll have to drive the car herself. (I wonder if this last bit was genuine — it seems too much even for her.)

The press notes say that The Queen of Versailles has “the epic dimensions of a Shakespearean tragedy,” and there is a kind of grandiosity about the downswirl that affects the lives of David and Jackie and their seven or eight kids and their domestic staff.

It follows their riches-to-rags story over a two…make that a three-year period. It begins before the ’08 crash when Westgate, Siegel’s timeshare company, is bringing in millions hand over fist, and finishes with a financial move that David made in November 2011.

The material centerpiece of the film is a ridiculous, half-built, 90,000-square-foot mansion — inspired by the palace of Versailles — that David began building in flush times. And then comes the crash and it all gradually turns to shit.

The Queen of Versailles is a portrait of American cluelessness by way of absurd financial irresponsibilty. It’s a cautionary tale about the cost of living an unexamined life — of living an unrefined and largely uneducated life that’s solely about yourself and your tacky creature comforts and never seeing beyond that. What Greenfield shows is a metaphor about 21st Century American greed, and what happened to the faux-royal easy-money crowd after the good times stopped rolling.

It’s also a kind of comedy, if you watch it with the right frame of mind. I’m calling it another Al Qaeda recruitment film — the best I’ve seen since Sex and the City 2.

Siegel has sued Greenfield and the Sundance Film Festival because he fears that the film will harm his financial profile and/or make Westgate appear to have less value. He’s not wrong. 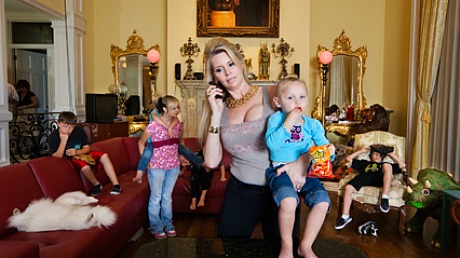 HE’s first two Sundance 2012 films will be Kieran Darcy-Smith and Felicity Price’s Wish You Were Here, which a buyer friend calls “a neat little Australian noir,” tonight at 6:30 pm, and then a p & i screening of Lauren Greenfield‘s The Queen of Versailles, a documentary about tasteless grandiosity by nouveau-riche types who, one gathers, have embraced a totally anti-Zen approach to life.

Amy Berg and Peter Jackson‘s West of Memphis has its first Sundance press screening tomorrow morning at 8:30 am. There’s been friction and contention, of course, between Berg-Jackson and Joe Berlinger-Bruce Sinofsky, makers of three docs about the Memphis 3 including the short-listed Paradise Lost 3: Purgatory. And it’s worth recalling a fact contained in Jason Guerrasio‘s 1.19 Indiewire article, which is that Berg-Jackson drew first blood.

“In 2009, Jackson called on Berg to begin work on a documentary that would reveal…new findings and hopefully exonerate the WM3 (Jackson is a producer on the film). Friction between Berg and Berlinger/Sinofsky built after Pam Hobbs, ex-wife of murder suspect Terry Hobbs, signed an agreement with Berg making her unable to be interviewed for any other film.

“Unable to work out an agreement with Jackson and Berg, Berlinger/Sinofsky felt they had to protect their film and decided to make a similar agreement with some of their subjects, blocking Berg from talking to them.

“Documentary filmmaker AJ Schnack points out this is hardly the first time two documentaries have been made on the same subject, but understands the mixed feelings to why West of Memphis was made.

“‘It’s certainly fair for filmmakers to tackle subjects that have been covered before,’ Schnack says. ‘As far as I can tell, Nick Broomfield holds no grudge that I made a film about Kurt Cobain,” referring to his film Kurt Cobain: About A Son and Broomfield’s Kurt & Courtney. ‘I’m pretty sure that both of us assume that other films will be made about him in the future.’

“‘What makes this case so unusual is that the West Memphis Three story is intrinsically linked to Joe and Bruce’s films. Damien may have been put to death if not for the light that HBO shined on the case and Peter Jackson is on record as saying that he became interested in the case because he saw the first Paradise Lost.'”

I’ve written about this before, but anyone staying in a middle- or lower-cost Park City condo is always reminded how second- and third-rate the construction materials are. Plugs fit too loosely in the wall outlets and sometimes fall out. The shower controls are a pain in the ass (i.e., turn the plastic knob to the right or left and nothing happens). The sheetrock walls feel a tiny bit flimsy. A general cheap-ass (i.e, “it doesn’t have to that good, people won’t notice or complain,” etc.) aesthetic. I don’t really care as long as the heater works. 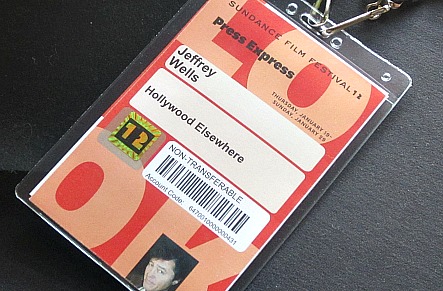 FiveThirtyEight’s Nate Silver has reported that Newt Gingrich probably won’t benefit much from Rick Perry‘s endorsement. Mitt Romney is locked in like The Artist. Nobody is really elated by him and everyone has a beef or two, but no matter how badly things go perception-wise from now through summer he’s still going to be the Republican nominee. 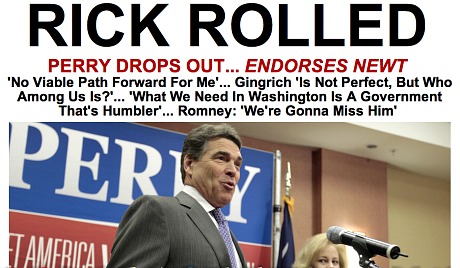 Ry Russo Young‘s Nobody Walks (Eccles on Sunday, 12:15 pm) is about a 23 year-old New York artist (Olivia Thirlby) crashing with a Silver Lake family (John Krasinski, Olivia Thirlby, Rosemarie DeWitt, Justin Kirk, India Ennenga) and stirring the sexual pot all around. The script is by Russo-Young and Lena Dunham (Tiny Furniture), which indicates a tone of middle-class lethargy.

I haven’t the first clue what the plot is, but it would be fascinating and daring if Thirlby’s character is more centered and powerful than anyone else, and winds up seducing all four family members. The template for this sort of thing is Pier Paolo Pasolini‘s Teorema (’68) in which Terrence Stamp, staying with a wealthy Milanese family, was the stirrer-upper. Stamp did everyone except the family dog. Teorema‘s theme had something to do with spiritual satori and/or transformation.

I took a shared shuttle into Park City from Salt Lake City airport last night. Myself and two women, two guys. Steady rain in SLC became moderately heavy snow once we got into the Wasatch mountains. We dropped the women off in Kimball Junction (five miles from Park City) and then one of the guys near the main Park City ski resort. The last guy had to get dropped off on Lowell Avenue, a small, hilly street with a view of the city.

The driver, an older guy with no GPS, was cruising along looking for the number, which was 190 or something like that. “We’re gettin’ there,” he said as we nudged along with the snowstorm coming down like Jack London. “Is that…? What is that…178?…looked like 178…gotta be right up there…184…where’s 190? Somewhere. This must be it here.”

The driver got out and started checking doors and mailboxes. I GPS’ed the address on my iPhone and the red and blue dots were converged. We were there, all right, even if the number wasn’t immediately visible. I turned to the guy, who was sitting in his seat, and said “190 Lowell…that’s the address?” Yeah, he said, “but I don’t wanna be standing here all alone with my bags if we can’t find it.”

I said nothing, but I was thinking to myself what a little candy-ass this guy was. First, he doesn’t try to find the condo number himself — he waits for the driver to do it while he sits safe and warm inside the van. Second, there was no logical indication that we weren’t right on top of 190 Lowell — the map, the GPS and the driver’s experience said we were there. But this little guy, a Brit, wouldn’t budge until the driver had found “190” painted or mounted on something. What would Jeremiah Johnson say? Where was this guy’s spirit of adventure of discovery? Real men get out of the van and find the number themselves.

The morning after a snowfall is always peaceful, especially around 7 or 7:30 am. Nothing doing today during daylight. Two…make that four or five screenings tonight. Poking around the Park City Marriott right now. Filing, taking snaps, social stuff.