Ry Russo-Young‘s Nobody Walks just finished screening at the Eccles, and my sense during the q & a was that relatively few audience members got much from it. Ray Pride has called it “a tactile, tensile, bittersweet bruise…a terrific Teorema riff”…naah. I couldn’t see how it meant much. Cute little girl with a pixie haircut fucks this guy and then this guy and that guy…uhhm, wow…okay, uhm, yeah.

Olivia Thirlby plays Martine, a 23 year-old Manhattan artist who comes to Los Angeles to get some technical help on the sound design of a black-and-white art film about insects (or partially about insects). She’s not only getting this help from sound guy Peter (John Krasinski) but also staying at his home along with his therapist wife (Rosemarie DeWitt) and their two kids.

And then (this is straight from the hilarious press notes) “like a bolt of lightning, her arrival sparks a surge of energy that awakens suppressed impulses in everyone and forces them to confront their own fears and desires.” Fuck, fuck, fuckity-fuck, fuck, fuck, etc.

I didn’t “hate” it but I never felt aroused or intrigued or anything like that. I just sat there and watched and waited and ho-hummed.

Okay, I responded to the sex scenes. Somewhat. But they were just sex scenes. There was nothing going on underneath other than “uhhm, you’re, like, kinda hot…wow…I’m kinda feeling…uhmm…uhmm…wanna fuck?” and then wham.

The best performances are from DeWitt and Justin Kirk as an amorous patient. I can’t say I found Thirlby’s performance all that interesting and/or attractive. Her mallspeak accent — “Umm…I…umm, yeah…do you, like, wanna…? Ummm” — was a bit of a problem. I was also put off by her boyish, oddly half-sexual and yet desexualized 1964 Paul McCartney soup-bowl haircut.

And I was persistently annoyed by Fall On Your Sword‘s overbearing soundtrack. Their music is all fluttery, oodly-doodly, boopity-boop, xylophone hipster-band shit.

Steven Soderbergh‘s Haywire, the most enjoyable action thriller I’ve seen in a long time and the first film ever to convince audiences that a female action star (i.e., Gina Carano) is really and truly capable of kicking all variety of male ass, hasn’t exactly set the box-office aflame…but it’s done moderately well.

Haywire‘s weekend tally is around $9 million in 2439 situations, which averages out to $3690 per screen. Relativity is saying in a staement that the $9 million is “just slightly above both internal and industry expectations.” The statement also says that “the film’s production budget is $23 million, but after foreign sales, tax rebates from shooting on location, and ancillary deals, risk is mitigated by a $1.5 million net investment.”

Why are Joe and Jane Popcorn not showing up in greater numbers? The trailers are hot and the reviews have been 85% enthusiastic. Is it because they don’t know Carano ? Because costars Michael Fassbender, ERwan McGregor, Channing Tatum, Michael Douglas and Antonio Banderas aren’t doing it for them? What’s the problem exactly?

Any reactions from HE regulars?

I’m seeing Ry Russo-Young‘s Nobody Walks at 12 noon at the Eccles. And then, with more than a little trepidation, Josh Radnor‘s Liberal Arts at 3:15 pm, also at the Eccles. Or maybe So Yong Kin‘s For Ellen instead. And then Spike Lee‘s Red Hook Summer at 6:30 pm. Or maybe “the Frears” if I change my mind. And then we’ll see. A voice is telling me to calm down and get a little rest today.

In a 1.22 N.Y. Times interview with former (i.e., recently canned) Village Voice film critic Jim Hoberman, co-authors A.O. Scott and Manohla Dargis include a quote that struck a chord with me. Hoberman mentions Francois Truffaut‘s Shoot The Piano Player as “the first movie I really wanted to live.” He meant that Truffaut’s film was the first “sacred text…a kind of synthesis” that he really want to live in.

That’s about the most passionate thing anyone can say about a film they’ve fallen in love with. Not that they merely admire it, per se. Or adore what it’s saying about this or that aspect of life, which is fine in itself. Or are deeply impressed by the mood or style that informs it, or the craft or cunning or instinct that went into its making. But that they would be happy to unhook themselves from their own life (at least temporarily) and literally take up residence in the world of this film, like Mia Farrow briefly did in The Purple Rose of Cairo.

I like my life a lot and don’t want to leave it, but when I was younger there were definitely films I’ve wanted to take brief vacations inside of. I used to dream about submerging myself in the 1959 world of North By Northwest, providing I was well dressed and had lots of cash in my pockets. In the early ’80s I wanted to live inside Michael Mann‘s Thief, and inside Heat and The Insider in the ’90s. I do know that one realm I would never, ever want to live in would be the world of Jason Statham movies. That would be hell.

45 minutes from now I have to leave for my first screening of the day, Stephen Frears‘ Lay The Favorite, which starts at 8:30 am. I could stay here and file and catch “the Frears” (similar in a Denby-esque sense to “the Daldry”) at a 7:30 pm press screening but in so doing I’ll have to miss Spike Lee‘s Red Hook Summer, which has a public screening at 6:30 pm. I’ve heard that Lay The Favorite is light and nimble but…let’s not go there. Eff it. I’ve just decided to see “the Frears” at 7:30 tonight and catch Spike’s film tomorrow morning at 8:30.

The Artist‘s latest triumph, having last night won the Producers’ Guild Daryl F. Zanuck award from the Producer’s Guild, totally cinches the Best Picture Oscar. Michel Hazanavicius‘ lightweight bauble has had it in the bag since early December (thanks to a steamroller effect begun by several critics groups), and now it’s really a done deal.

I was at a Sundance after-party for Nicholas Jarecki‘s Arbitrage and having a pretty good time when I heard the news, and I wasn’t even moved to tweet. Game over, let it go, drink up, watch the snow.

For me, there’s one upside in this otherwise disappointing story. It’s a good thing that a film that has so far made only $10 million and change has more or less swept the season. The spineless sheep who are cheering on The Artist are settling, obviously, for a very slight gimmick movie, but at least they’re not dismissing it because it’s not a big earner. This on top of The Hurt Locker ‘s Best Picture triumph two years ago is a positive indicator. It makes it a little easier for the next first-rate “little” film. 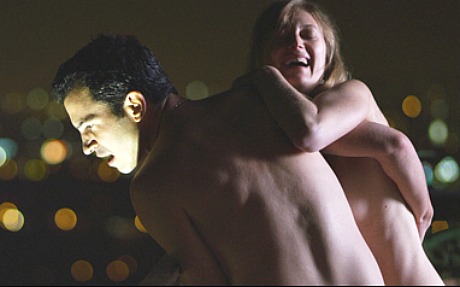 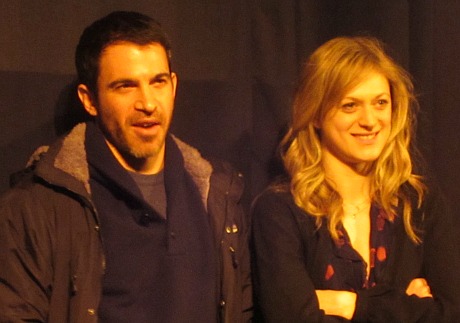 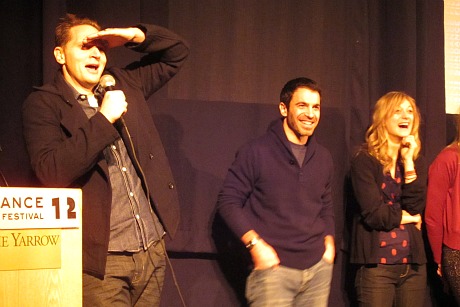