Can’t Be All Latinos

The Devil Inside “wildly overperformed on Friday, taking $16.9 million and knocking Mission: Impossible — Ghost Protocol out of the top spot at the box office,” reports TheWrap‘s Joshua Weinstein. 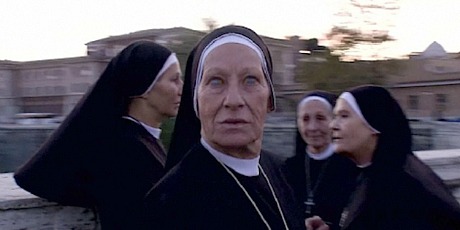 “Considering the movie had a budget of less than $1 million, the number is stunning. Paramount had expected Devil would gross $8 million for the entire weekend. Outside box-office watchers put that figure at $12 million to $14 million. And BoxOffice.com predicted $23 million.

“The scary movie is on track to exceed even that, possibly closing the weekend with nearly $40 million.”

So a movie that people of all ages income levels and ethnic persuasions are openly booing dsuring the closing credits is the first big box-office winner of 2012…brilliant.