There’s a similarity or two, I gather, between Mischa Webley‘s The Kill Hole, which is having its world premiere at the Santa Barbara Film Festival, and Paul Haggis‘s In The Valley of Elah. Some bad Iraq War business haunting a veteran of that blighted conflict (Chadwick Boseman) and some harsh truths gradually finding their way into the light. 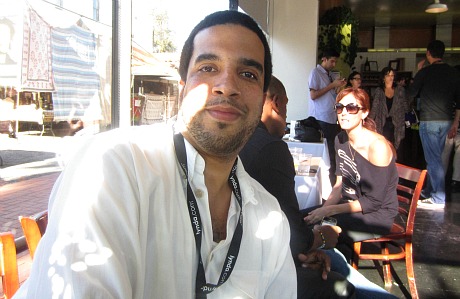 I won’t be seeing it until Monday night, but I had a chance to speak with Webley this afternoon at a small gathering in downtown Santa Barbara. Nice guy, straight shooter. The principal costars are Billy Zane, Peter Greene, Ted Rooney and Tory Kittles.

No matter how good or pretty good or not-so-hot The Kill Hole turns out to be, I do feel that the title, due respect, should be given some more thought. It just has too much of a foul sound. Think of all those other terms that end with the word “hole.”