Hour of the Wolf

If you’re looking for trouble, throw down several drinks and then hang out at a bar at 4:30 am. Only the wildest and most nihilistic life forms are roaming around at that hour, so if you’re looking to get into something the odds are favoring. Either Jeremy Renner knew that and was saying “bring it on!” while sitting at the bar at the Rachada Pub in Phuket, Thailand, or he didn’t know or give a damn or whatever. But now he knows. Life has wised him up. 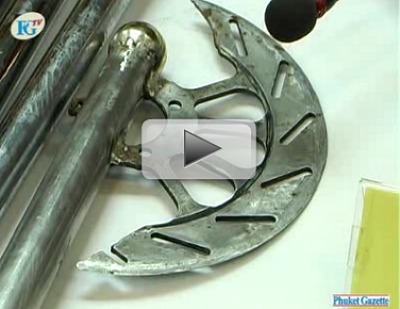 “On Wednesday morning, the six staffers of the pub were charged with attempted murder.

“Issara survives but is in the hospital with serious wounds to his stomach and neck, while Renner and another associate suffered minor injuries. A reliable source told the Gazette that Mr Vorasit’s party [was comprised of] his driver and four foreign friends, two women and two men.

“The group went to the KorTorMor Pub near Nimit Circle, then another club near Royal Phuket City Hotel before they arrived at the Rachada Pub. The incident happened at around 4:30am, several hours past the mandatory closing time for bars.

“Major Genera; Chonasit therefore ordered the venue closed for the next six months.”