I was hoping to get Paramount chairman and CEO Brad Grey‘s attention at last night’s Golden Globes party on the Paramount lot. I wanted to shake his hand and say “thanks” for approving funding for the Shane Bluray, which, as I reported the other day, is about two-thirds of the way through to completion. But I wasn’t aggressive enough. It’s a push-push-push world out there, and you can’t just enjoy the vibe and talk to friends if you want to get things done. You have to be Johnny-on-the-spot. 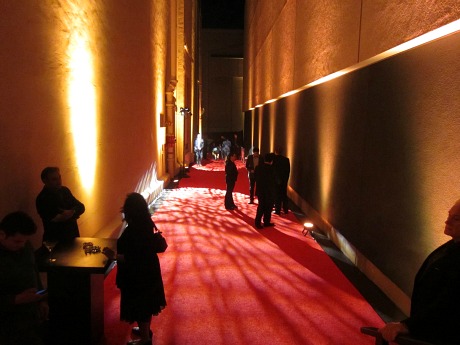 The best line of the evening was from The Hollywood Reporter‘s Kim Masters, who was watching Grey and his homies as they sat on a couple of couches and chit-chatted. And then suddenly they all got up and left “as one,” Masters said. A group doing things in unison is standard corporate behavior if a Top Dog is among them. He/she gestures every so slightly, and everyone in his/her peer group instantly “apes” this gesture in order to show obeisance.

I’m not judging this or being in any way snide here. I’m just as ready to follow or imitate the behavior of those who are more powerful than I and whose favor I curry as much as anyone else. As evidenced by my 11.13 food court post, I understand and concur with jungle law. 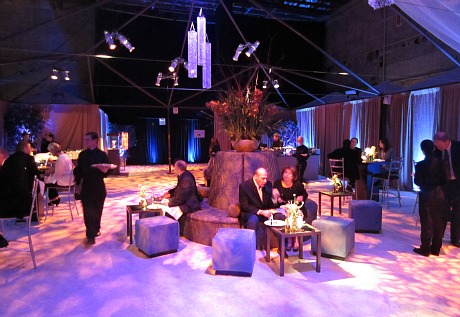 I was loving the lighting at this event. Kevin Costner was there, and I was told Jack Nicholson showed up also but I didn’t personally see him.