The memorial was reportedly “originally planned by Ray as a party for the San Francisco Film Society, which he had just joined as executive director in the fall,” according to a Wrap report by Joshua Weinstein. Ray had recently become the exec director of the San Francisco Film Festival, and had in fact planned this afternoon’s gathering as a celebration of the festival.

Indiewire critic Eric Kohn told me a couple of hours ago that sometime during a panel discussion last summer that Kohn attended Ray declared that “I’m going to do this” — film distribution and generally being a film devotee — “until I drop, whether it’s 60 minutes from now or whenever.” In this sense Ray went out like a champ. He died with his proverbial boots on, in the middle of the hurly-burly at a Sundance Film Festival. 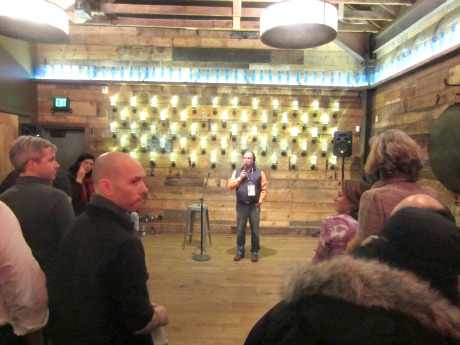