I caught Joe Berlinger‘s Under African Skies, an okay doc about the history and legacy of Paul Simon‘s Graceland, at the Santa Barbara Film Festival. And I liked…well, went with it for the most part. But I couldn’t settle into the substance for a reason that some might find superficial. But I don’t think so. 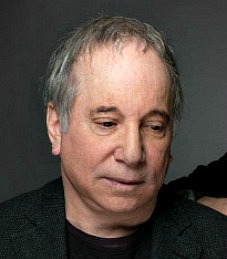 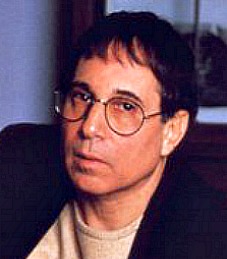 Under African Skies has two narratives — the making of Simon’s landmark 1986 album and a 2010 South African reunion with the original musicians, and Simon coming to grips with the political blowback to Graceland. Simon was criticized for having swooped in and exploited a South African sound (and the musicians he hired to play it) for selfish or myopic careerist ends, and for ignoring a United Nations-enforced boycott against the apartheid government of South Africa.

Berlinger’s film is a decently constructed recollection and exploration as far as it goes. I felt myself drifting from time to time as the talking heads (South African musicians, engineer Roy Halee, Quincy Jones, friends and flunkies) all seemed to be reading lines from the same script, lines that recalled the elation and excitement of recording Graceland 25 years ago and the delight in everyone getting back together for some new performances, etc. The review of the political climate 25 years ago felt sufficient but rote. A sense of familiarity (we’ve all seen docs like this before) and orchestration began to gather around me like a shroud. But it played well enough. I stayed with it as much as I could.

The fact is that a factor completely out of left field kept interfering with my concentration. I don’t mean to sound cruel or cutting, but the honest truth is that Simon’s curious appearance kept messing with my head. He’s clearly had work done, and there’s something “off” and unnatural about his eyes — something faintly Asian — and his face in general, especially the area under his chin. It just doesn’t look right, and for this reason I was unable to fully settle into the film. Lord knows we all get older but there’s always some kind of rapport between a person’s appearance at age 44 or 45 (i.e., Simon’s age when Graceland was released) and 70, which Simon turned last October. He just looks oddly different, and this fact keeps competing with the other stuff. The result is an off-balance sensation. I kept telling myself to focus on the creative and spiritual, but it was a battle all the way.