The five-year anniversary of the initial airing of the final Sopranos episode, called “Made In America,” will occur on June 10th, or roughly 100 days hence. And for some reason Grantland‘s Steve Hyden has chosen now, March 1st, to get into it again. 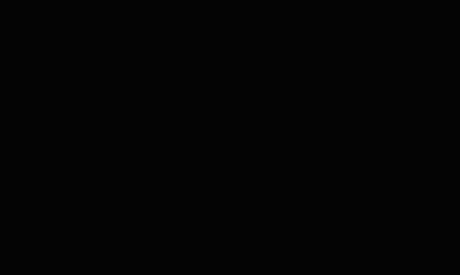 I own the final Sopranos season on Bluray, and I happened to re-watch “Made in America” a month or so ago, and it’s kind of amazing, looking back, that so many people got so effing angry and feigned so much confusion and uncertainty (myself among them, at least for the first few hours) about the meaning of the Big Blackout.

It boiled down to this: nobody had a problem with Tony getting hit, but they wanted to see it dramatized in some sprawling nutritious fashion. They wanted the pop of muffled gunfire, they wanted blood on the onion rings, they wanted Carmela and the kids to lose it, they wanted the “Members Only” shooter to be identified and hunted down and killed. After seven-plus years of following the series they felt they’d earned more than a sudden, silent “eff you.”

Plus the idea of death being subjectively portrayed as a state of absolute nothingness…no tunnel, no bright light, no family members, no sense of finality or completion…that didn’t go down too well either.

Hyden runs a quote from series creator David Chase: “The way I see it is that Tony Soprano had been people’s alter ego. They had gleefully watched him rob, kill, pillage, lie, and cheat. They had cheered him on. And then, all of a sudden, they wanted to see him punished for all that. They wanted ‘justice.’ They wanted to see his brains splattered on the wall. I thought that was disgusting, frankly.”

“Chase denied that the cut to black was a ‘fuck you’ move,” Hyden writes, “but his resentment of the audience’s expectations in this quote belies that. While calling the end of ‘Made in America’ an act of hostility goes a little too far, this much seems obvious: Chase managed to end The Sopranos on a note that would satisfy no one more than himself.”

“Anybody who wants to watch it, it’s all there,” Chase said in a morning-after interview with TV critic Alan Sepinwall.

“[But] for millions of viewers, this idea was so perverse that it almost seemed criminal, a sentiment summed up by the very New York Post-sounding New York Post headline ‘Tony and Gang Whack Fans.'”

Here’s how HE commenter Jamie Stuart explained it on 6.11.07:

“I’ve never sat through an entire episode of The Sopranos, but in watching the final four minutes of last night’s episode or so on YouTube, Tony was hit. Period. Based on pure filmic language, that’s how it reads.”

“You have a character at the bar who keeps looking over, then he walks to the bathroom and the camera dollies to reveal the bathroom is just off to Tony’s side, providing the geography and the logistics. And there’s your answer. This show always had a very formal aesthetic, and this dolly was motivated.

“The abrupt cut to black was it. That’s how it happens in the mob, as per Goodfellas — no yelling, no nothing, it just happens.”

“Just how closely did people who call themselves fans pay attention last night?,” wrote HE commenter Roy Batty. “The writing is not only on the wall — it’s on the floor, the ceiling and fluttering from a banner over the entrance: Tony and probably the family got hit.

“The single biggest signpost that is a virtual headstone is the flashback to Bobby and Tony in the boat talking about what it’s like to be killed. Bobby says you don’t see it coming and it’s just over. The show then ends with a ‘smash cut’ to black. It doesn’t get any clearer than that.

“I think too many people are pissed that Chase didn’t end it the way they had written in their minds or hate the idea that Tony, et. al. are gone. I don’t know if it was brilliant, but not seen through glasses of denial it’s pretty clear.”