“Jennifer Lawrence seems too big for Josh Hutcherson. It almost looks like she has to bend over a bit to give him a hug. Lawrence is a fairly tall, big-boned lady who’s maybe 5′ 8″, and Hutch seems to be 5’7″. Male romantic figures have to be at least be as tall as their female partners, and girls like guys to be at least a little bit taller, so Lawrence and Hutcherson don’t seem like a good fit. ” — from yesterday’s Hunger Games review. 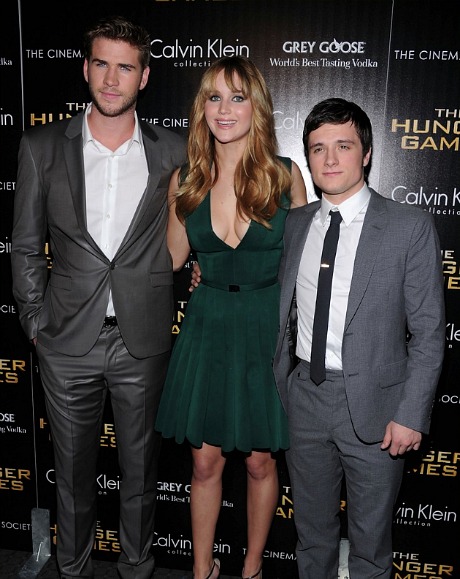 HE commenters actually disagreed about this. One said they were both listed as 5’7″ on the IMDB. Another said that Hutcherson’s character, Peeta Mellark, is supposed to be gentle and vulnerable so it’s okay for him to be dwarf-sized. Those who posted anything along these lines are hereby required, in lieu of this and other Just Jared , to drop to their knees and humbly admit error.

Yes, Lawrence is wearing heels but even barefoot she’d obviously tower over the guy…c’mon. Update: And nobody’s standing on a platform either. Chris Hemsworth, Lawrence and Hutcherson are all standing on the same floor space. The liars and delusionals on this site…God! 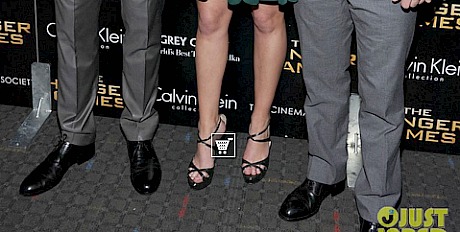