Last night’s invitational screening of Titanic 3D in Burbank was an entirely pleasant surprise. I went in expecting a not-bright-enough diminishment, maybe, or a filtered dimensional thing that might be okay but not great. I can’t say that what I saw looked “great”, but it looked awfully good for a 2D to 3D conversion. In fact, I tweeted that it was “the best damn 3D conversion I’ve ever seen.”

The moment when Kate Winslet is threatening suicide and holding onto the stern railing and the camera looks down at the sea some 60 feet below…you can really sense that it’s a long way down, and that the water is colder than shit. This moment alone makes Titanic 3D worth catching.

It may be that Roger Ebert and David Poland saw problematic projections of Titanic 3D when they saw it last month in Chicago and Burbank, respectively, resulting in those negative reviews. I only know that the presentation I saw last night was more than satisfactory — nothing felt filtered or shadowy or compromised, and it’s certainly a high-water accomplishment by the standards of other 3D conversions.

After the first hour or so you start to forget that you’re watching a 3D film. The look of it stops feeling new or re-fashioned and begins to seem like the natural way of things. This may not sound like a compliment but it is.

A guy wrote me last night and said, “If I’ve already seen regular Titanic three times and liked it but didn’t love it, is Titanic 3D worth my 15 bucks?” My first thought was, “He didn’t love it but he saw it three times?” Considered answer: This is as good as 3D conversion gets, so if you care about seeing a really good job of enhancing a 2D film and adding a bit here and there, it’s definitely worth paying to see.

All this aside, I presume they’ll be releasing a Bluray of the old 2D Titanic sometime in the summer, and I’m looking forward to owning that. I’ll never watch 3D in my home. 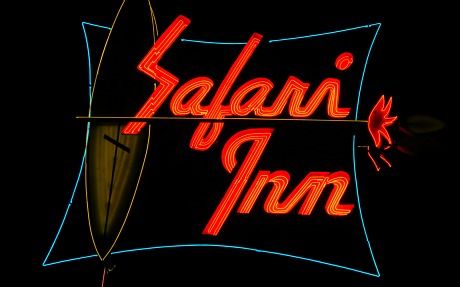 Safari Motel on Olive Ave. in Burbank, taken on the way back home. 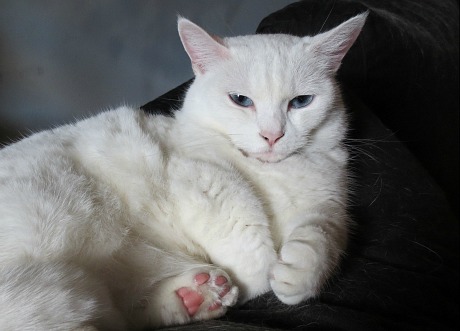