No Ross = Hope For Hunger Sequels

I don’t believe those reports about Hunger Games director Gary Ross quitting the lucrative franchise because Lionsgate wouldn’t give him a sufficient raise. If true, I suspect that Lionsgate gave Ross the oblique heave-ho because almost everyone thought his direction of The Hunger Games was bad and Lionsgate knew they could do better. In fact, I’m personally claiming partial credit for Ross’s departure as I was one of those who bemoaned his visual handlings. 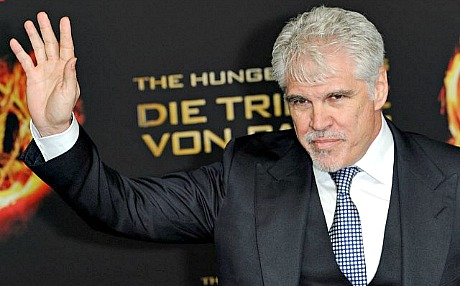 “Certainly the character [of Katniss Everdeen] is strong enough to survive Gary Ross’s direction…she’s such a sensational character that she fires up your imagination, even when Mr. Ross seems intent on dampening it.” — Manohla Dargis, N.Y. Times.

“Working with the cinematographer Tom Stern, Ross shoots in a style that I have come to despise. A handheld camera whips nervously from one angle to another; the fragments are then jammed together without any regard for space. You feel like you’ve been tossed into a washing machine (don’t sit in the front rows without Dramamine). Even when two people are just talking calmly, Ross jerks the camera around. Why? As the sense of danger increases, he has nothing to build toward. Visually, he’s already gone over the top.” — David Denby, New Yorker.

“The Hunger Games is at best a mediocre effort — an obviously second-tier thing, tedious, lacking in poetry or grace or kapow. It feels sketchy, under-developed, emotionally simplistic and hambone. And it looks cheap and cheesy. My strongest reaction was to Tom Stern’s awful cinematography, which I found visually infuriating. Stern’s shooting, especially in the last two thirds, is almost all jaggedy, boppity-bop, bob-and-weave close-ups. Way too close.” — me, Hollywood Elsewhere

“The most egregious failing of The Hunger Games [is] the direction by Gary Ross. Guys, there is not a single shot in this movie that is longer than four seconds. Not one. I fucking timed them. It is a 2 1/2 hour parade of lightning-fast cuts that jumble the storytelling, allow no time for the audience to get a sense of place or relationship, and muddle every action sequence to the point where it’s almost impossible to tell what’s going on.” — Andrew Nienaber, fataldownflaw.com.