“Scotty, I Need A Friend”

I was informed earlier today by a Universal executive that my complaint about the appearance of Alfred Hitchcock‘s Vertigo at last Friday night’s TCM Classic Film Festival screening was “right” — accurate — and that the reason for the film’s poor appearance was a technical glitch. Somebody miscalculated and pushed the wrong button or entered the wrong code when the restored version of Hitchcock’s classic was scanned for a DCP, the exec confessed. Simple human error. It happens. 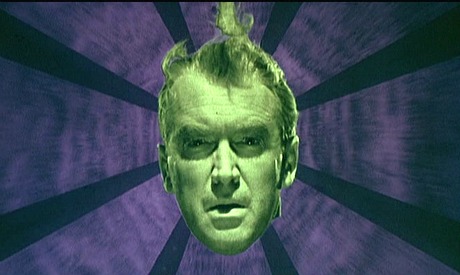 I thanked the executive for telling me this as I was starting to ask myself why no one else had complained. It was very comforting to hear that I wasn’t wrong. And it was admirable of Universal to admit to a mistake, I thought. I was also informed that Vertigo is currently undergoing preparation for a restored Bluray version, which will hit the market sometime later this year. I’ve heard from an off-the-lot source that a Rear Window Bluray is also being prepared.