If Disney publicists wanted last night’s Avengers premiere to have a real impact, they would have invited demanding, neutral-minded skeptics and sourpusses like myself in addition to pre-invested geek journos like /Film‘s Peter Sciretta, Movieline‘s Jen Yamato, FirstShowing’s Alex Billington and AICN’s Jeremy Smith. 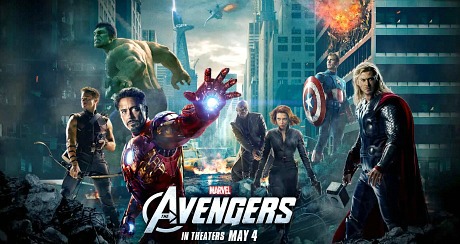 I loved Captain America, remember, and the first two acts of X-Men: First Class. I just have a problem with (a) geekdom as a theology and a mindset, (b) Whedonworld, and (c) movies that kill you with CG fireball explosions and extensive apocalyptic wreckage on city streets.

But no — Disney had to play it safe, and so they got a whole bunch of lovin’ tweets from the obedient, the obsequious and the faithful. But if you read the tweets closely (as assembled by Indiewire‘s Matt Singer), you’ll notice some cracks in the facade:

“Finally, a Marvel film with a rousing finish!,” said Smith. “I’ll deal with the first two acts in my review, but that third act is more than enough to make The Avengers the best Marvel movie yet.” A movie that ends well is doing something right, for sure, but Smith seems to be implying that the first two acts aren’t quite what they could be…no?

Sciretta says “there is probably more action in this film’s climax than all the other Marvel movies combined!” Quantity! Pile it high!

Collider‘s Steve Weintraub echoed Breznican when he write that “if you’re a Marvel fan you’re going to lose your shit in the theater.”

/Film‘s Germain Lussier said “I’d tweet about The Avengers but my body is still recovering from non-stop geeking out…so, so, so much fun (for the most part).”

Yamato says that The Avengers was “big, messy fun.” This quote sold me more than any other. If there’s anything I like and need from my popcorn movies, it’s “messy.”