I’m a fan of Whit Stillman‘s Barcelona and Metropolitan, but I was squirming in my seat as I watched Damsels in Distress at last September’s Toronto Film Festival. Many are okay with it, I realize, but to me it felt too mannered and self-conscious, and arch to a fare-thee-well. But I need to see it again now because Glenn Kenny has figured out a way for people like me to enjoy it — he’s cracked the code. 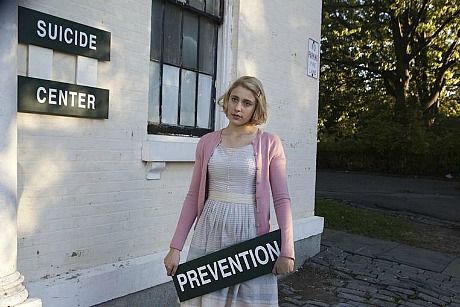 I just have to pretend that I’m watching an Eric Rohmer film, and the clouds will then part. At least partly. Okay, Kenny hasn’t precisely said “do this and you’ll find your way into the ‘off’ mood of Stillman’s film and maybe enjoy it a bit more,” but he’s certainly suggested it. To me anyway.

Kenny’s experiment would probably work even better, I’m thinking, if Stillman had shot a French-language version so it could be shown with English subtitles. 25 or 30 years ago Andrew Sarris described what he called the “Russian Tea Room syndrome.” It basically meant that sophisticated cineastes could enjoy material if presented in a foreign tongue with subtitles, but serve the same dish with American actors and accents and they’d have a problem with it.