They Let Me Down

This morning I drove all the way the hell down to the Ultrastar Gardenwalk plex on Katella Blvd. (not far from the main entrance to Disneyland) to see Titanic 3D in a new process called Panavision 3D. I regret to say it didn’t look as good as last night’s RealD presentation at the AMC Burbank. The image was seriously underlit (it looked like 2 or 2.5 foot lamberts rather than the usual 3 or 4) and murky, and it’s not like they didn’t know I was coming — I’d called ahead and spoken to the Ultrastar publicist two weeks in advance. 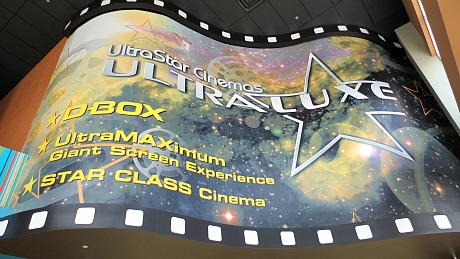 I asked the manager, a polite and knowledgable guy named Thanasi Papoulias, what the problem might be. The first thing he said was that Panavision’s color-wheel system doesn’t deliver the same amount of direct screen light as the RealD system, although he later claimed that a recent 3D presentation of an animated film at this theatre looked brilliant.

An incorrectly installed projection bulb may have been the issue. Papoulias said that the Christie 6K bulb had just been replaced this morning and that it hadn’t been calibrated. A technical specialist had been called but hadn’t gotten there by the time I arrived.

All I know is that I was intrigued by the potential of Panavision 3D after recently seeing a demonstration out at Panavision headquarters in Woodland Hills, and that I was hopeful. It may be that I came on a bad day, but the fact is that the projection of the 11 am show of Titanic 3D inside the Ultrastar really looked like hell. I’m not trying to make things difficult for Panavision, but this is what happened. They need to iron out the bugs or something, or the Ultrastar guys need to get their technical act together. Sorry. 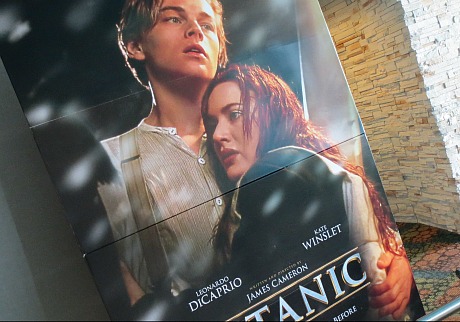