I never pay much attention to Director’s Fortnight or Critics Week selections during the Cannes Film Festival. But this year, as an exercise, I’d really like to catch one film from both programs. But what to choose? I’ve just spent a half-hour or so going over the lists…nothing. So I’m appealing to Guy Lodge or some Guy Lodge-y type acquaintance who can suggest a couple of must-sees that, let’s face it, I’ll most likely hate or be bored by. 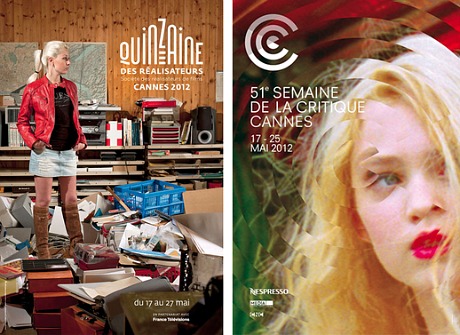 Inbox Update: “Iranian filmmaker Massoud Bakhshi’s A Respectable Family will have its world premiere at the Director’s Fortnight on Sunday, May 20.

“Based on Massoud’s own personal experiences growing up in Iran, the film is an unabashed controversial look of contemporary Iran through the eyes of an expat feeling alienated in his own country. Not unlike A Separation, Massoud’s film is a ‘detective story without any detectives’ while focusing on a family drama shaped by a country’s history, politics, religion and ethos.”

Director’s Note: “I belong to the generation that lived through the eight long and deadly years of the Iran-Iraq war. Today this generation represents three quarters of the country. Iran has one of the youngest populations in the world — an educated youth full of curiosity and a desire for life. A youth which dreams of a tolerant Iran open to the rest of the world.

“To me, Iran is impossible to grasp without taking the history of the last 30 years into account. I didn’t make up the story of A Respectable Family. It is a true story — the story of my childhood after the 1979 revolution, my teenage years during the war and of my experience today in Tehran.”

May 13, 2012by Jeffrey Wells20 Comments
« Previous post
Wes Contemplation
Next post »
Tereba, Cohen, Her Book and The Gangster Squad