I’m amazed that someone believes that Walmart-frequenting Bluray obsessives will be even slightly interested in glancing at The Barbarian and the Geisha, easily one of John Wayne‘s worst films ever. “Before release, the film was heavily re-edited by the studio” and “director John Huston denounced this version and even wanted to have his name removed from the credits. Huston had wanted to make a particularly Japanese film in terms of photography, pacing, color and narration but only a few edits representing his vision were left intact.” 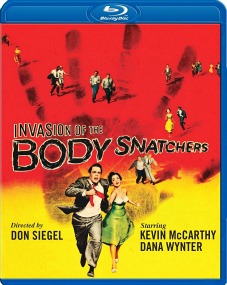 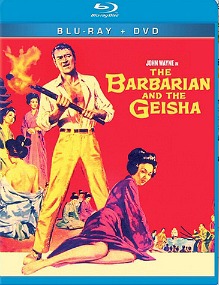 And how much better, really, can Don Siegel‘s Invasion of the Body Snatchers possibly look on Bluray? I know, I know — it’ll definitely look somewhat better but…oh, I give up. The distributors of this Bluray know that people like me are suckers for widescreen black-and-white. Blurays like this make me feel like a submissive dog.

“For its upcoming 15th anniversary, Hollywood’s best all-singing musical opera (yes, better than Sweeney Todd) needs to be Bluray-ed,” I wrote on 8.17.11. “For me Darius Khondji‘s widescreen cinematography is compositional heaven — each and every frame has an exquisite painterly balance, and is lighted to perfection. And Gerry Hambling‘s lively cutting is a perfect compliment to the musical rhythms and rhymes.” Disney’s Evita Bluray arrives in mid June. 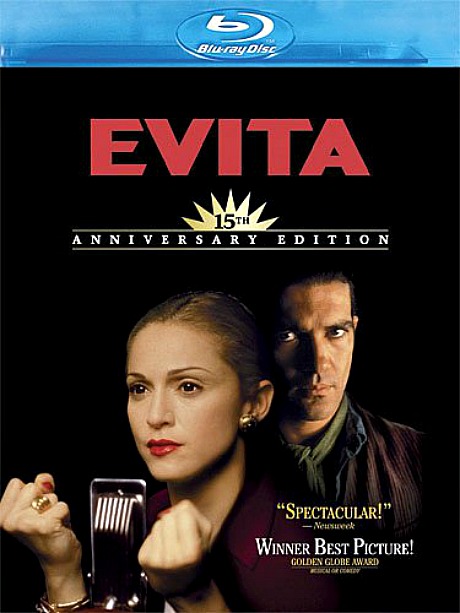