Late this morning I spent about 90 minutes touring Studio Babelsberg, the oldest large-scale studio complex in the world which last February celebrated its 100th anniversary. I was hoping to see some remnants of Cloud Atlas (Warner Bros., October), the Wachowskis-meet-Tom Tykwer epic that shot here last year, but alas, all the sets have been struck. But it was great to just roam around and take in all the history and the detail and the endless knick-knacks and eye candy for the soul. 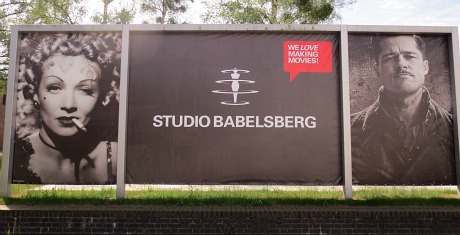 Studio Babelsberg is an all-in-one super-factory for filmmaking — sound stages big, medium and small, a sprawling carpentry shop, a superb prop museum and costume warehouse. You could spend hours and hours inspecting everything.

For a guy like myself, a fan of German cinema since I was a kid, this was like coming home and visiting a grand cathedral at the same instant. Studio Babelsberg is where Fritz Lang‘s Metropolis, Josef Von Sternberg‘s The Blue Angel and Robert Wiene‘s The Cabinet of Dr. Caligari were shot. Ditto significant portions of Roman Polanski‘s The Pianist and The Ghost Writer, Quentin Tarantino‘s Inglourious Basterds, the Wachowski’s V for Vendetta, Brian DePalma‘s Passion (i.e., “DePalma Lesbo Action”)and Roland Emmerich‘s Anonymous, among many others.

It’s located in Potsdam, the leafy university town about 35 minutes southwest of Berlin by train. It helped that this was the first really warm and fragrant day since I arrived in Berlin seven days ago.

Many thanks to corporate communications chief Eike Wolf, who gave me the tour and introduced me around. He also invited me to a Studio Babelsberg gathering in Cannes at the Grand Hotel in eight or nine days.

I would have stuck around for lunch but only one guy takes orders at the studio cafeteria — one guy! — and the line is endless, and most of the dishes include piles of french fries.

Update: “It’s great you made a point of going out to Babelsberg,” a critic friend has just written. “I was there in 1990 before the studio had its latest modernization. Just wonder if your guide pointed out that the striking moderne buildings put up in the late ’20s and early ’30s were designed by none other than Albert Speer.” 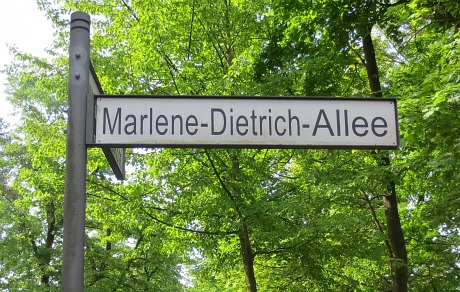 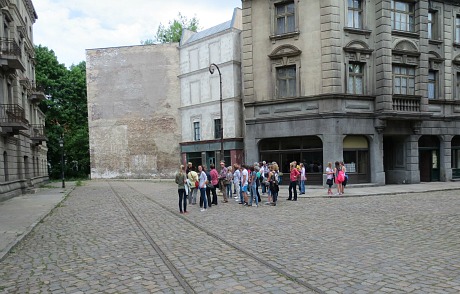 European street set where the Warsaw ghetto portions of The Pianist were shot. 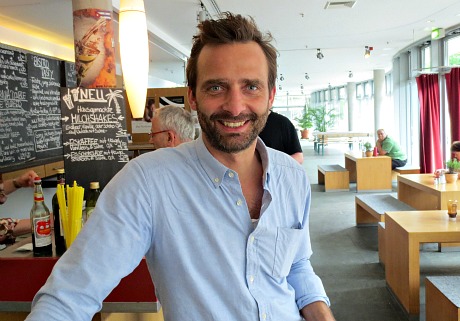 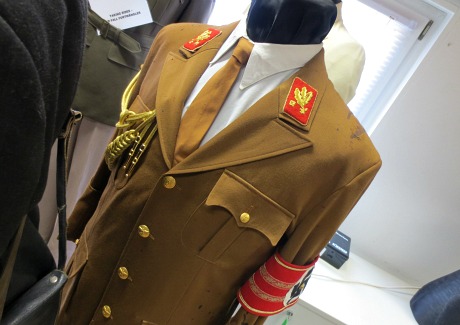 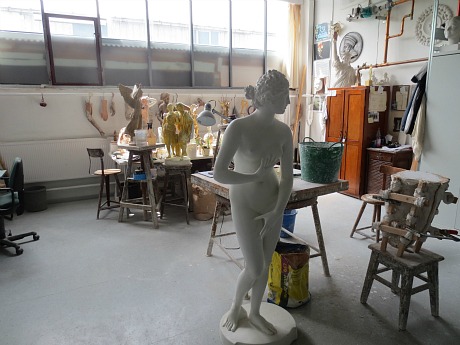 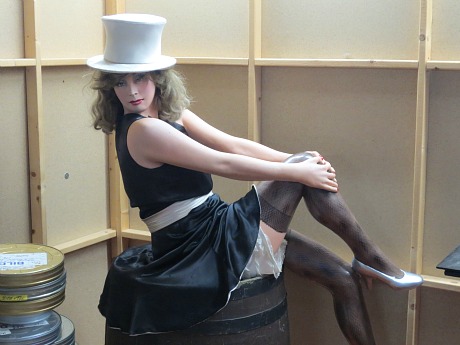 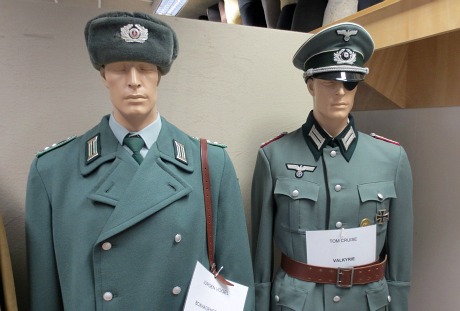 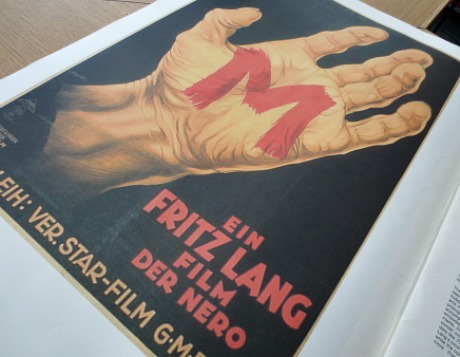 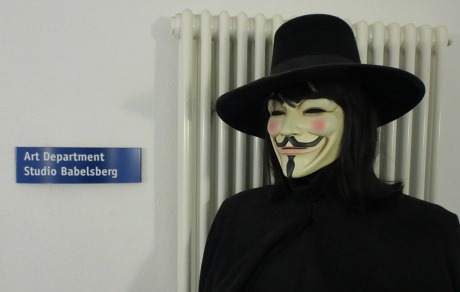 I misheard Eike Wolf when he said that one of Hugh Grant’s roles in Cloud Atlas is that of a “woman” — I thought he said “Roman.” 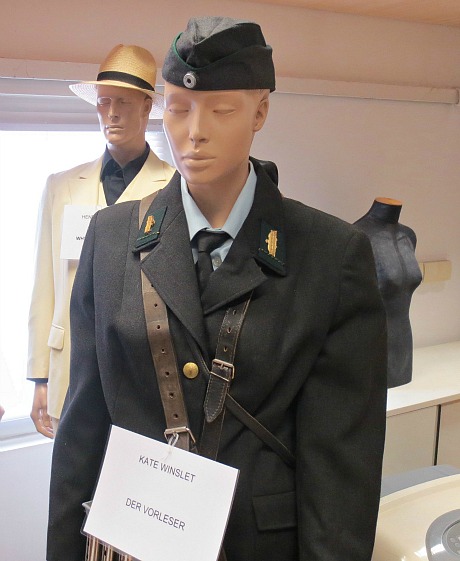 The train conductor’s uniform worn by Kate Winslet in The Reader. 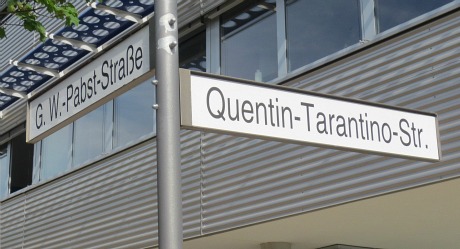