Life is generally unfair, but for Taylor Kitsch, the star of two mega-bombs, John Carter and Battleship, over the past three months, life and fate have heaped bad cards on to staggering levels. And now there are indications that a third film that he’s a significant costar of, Oliver Stone‘s Savages (Universal, July 6), may not do all that well either. 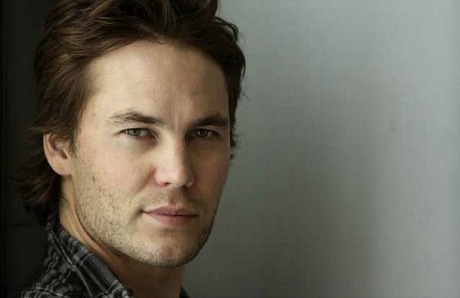 During yesterday’s Oscar Poker chat, Boxoffice.com’s Phil Contrino projected that Savages will earn only about about $14 million on opening weekend. Not too bad from a layman’s perspective perhaps, but for a heavily promoted big-studio action flick with several recognizable names (Kitsch, Aaron Taylor-Johnson, Blake Lively, Benicio del Toro, Salma Hayek, Emile Hirsch, John Travolta, Demian Bichir) and the Stone insignia, not exactly something to pop champagne over.

Late yesterday a German distributor friend told me if Savages under-performs or crashes Kitsch’s career will be in trouble. Contrino feels the same way.

“A young career cannot survive three bombs in a row and still hold on to real momentum,” he said today. “Kitsch has had unbelievably bad luck. If he wants to rebound, he’ll have to pick an interesting project from a trustworthy director. Working with Peter Berg again” — the IMDB says Kitch’s next film is Lone Survivor, a Berg-directed actioner about a mission to kill a Taliban leader” — “is not the solution.”

Is it fair when lead actors take the hit for starring in unsuccessful films? Nope, but that’s the general rule. When they star in hits, they always get a career boost. When they star in a flop, the industry usually doesn’t get too shook up and cuts them a break. But when they star in two tanks in a row, the stock drops. People start looking askance and saying “hmm, I don’t know.” And with three…?

Orlando Bloom went down and hasn’t yet recovered from starring in two bombs in a row — ’05’s Kingdom of Heaven and Elizabethtown.

The other big factor, for me, is that Kitsch doesn’t radiate much inner intelligence or light…no fire and definitely not a lot of technique. If you ask me his on-screen vibe is almost in the shark-eyed, anti-matter realm of Rob Pattinson.

I asked a few journo-critic friends for opinions. They all cut Kitsch a break, and that’s my inclination as far as the box-office situation is concerned. But still…

Marshall Fine: “To the average moviegoer, I can’t imagine that any of these films registered as ‘a Taylor Kitsch movie.’ Nor do I think there is much of a Taylor Kitsch following, except among former Friday Night Lights fans. On the other hand, I don’t think the guy is much of an actor.

“Of course studio idiots will see this as his fault, though Carter and Battleship were sold as an effects extravaganzas and Savages is being sold as an Oliver Stone film. Will Kitsch take the hit? Really, it’s his agent and his acting coach who should take the blame.

“Having collected what are probably big paychecks for these movies, Kitsch should scale back his lifestyle to make the money last, buy himself some acting classes and work in low-budget indys for a while…or perhaps go back to TV.”

Coming Soon‘s Edward Douglas: “I think Savages will be lucky to make $12 million its opening weekend to be honest, but that’s really not Taylor Kitsch’s show or his fault. From what I understand, it’s more of an ensemble piece and just as much of that relies on the better-known John Travolta, Salma Hayek, Benicio del Toro and even Blake Lively, who was being sold as some sort of ‘It Ggirl’ based on The Town but hasn’t really shown much acting talent beyond that.

“I’m also not sure either if John Carter or Battleship could be considered Kitsch’s fault as these were huge budget movies being sold more on the vision of the filmmakers and the original properties than on him having any drawing power. He’s just an actor who both Andrew Stanton and Peter Berg trusted to be able to pull off the role of a hero amidst lots of action and FX-driven eye candy, but neither movie even used his name in the advertising from what I remember.

“Sure, his career would be in better shape if either of those were hits, but these days, movies really can’t be sold only for the stars and many of the year’s more profitable movies such as The Devil Inside, Project X and Chronicle did decently and I doubt anyone could name a single actor in any of them. (Same for the Paranormal Activity movies.) I’m guessing there will always be star-driven films like Men in Black 3, Maleficent, and anything Brad Pitt stars in, but Hollywood has already been shying away from big budget star-driven vehicles and I think as long as Kitsch can prove himself to be versatile actor, he will continue to get work.”

Lewis Beale: “It seems to me we can accuse Kitsch of making bad choices with John Carter and Battleship, but starring in an Oliver Stone film should be a major step up, career-wise. I think the problem here might be that Savages looks really nasty — violent, hyper-sexualized — and it’s also going up against the new Spider-Man film, so it’s a lose-lose.

“As for Kitsch himself, beyond the terrible last name, which almost begs late-night host jokes, he just seems to be from some cookie-cutter line of new leading men, none of whom really stand out in any way. Other than Chris Pine, I don’t see any of these guys — Kitsch, Channing Tatum, etc. — hanging on for a long time, because their basic appeal is male model, not movie star.”

I’d reconsider Tatum’s situation, Lewis, until you see Magic Mike. Or have you?