Hands down one of the best recreations/capturings of mad generational fervor and ’60s mayhem, Franc Roddam‘s Quadrophenia (’79) will get the Criterion Bluray treatment on 8.28. I first saw Quadropehnia at Manhattan’s 8th Street Playhouse, and then I showed it to the kids about ten years ago. The older I’ve gotten the more I’ve come to realize that this film — loosely based on the Who rock opera and basically the story of Jimmy Cooper (Phil Daniels) and his identity, friendship and girlfriend issues — belongs in the near-great category.

Excerpt from 8.26 posting: “What a shock to realize that Roddam forgot to change the letters on a movie marquee while shooting a crowd scene, and so we read, however briefly, that Warren Beatty‘s Heaven Can Wait and Randal Kleiser‘s Grease — both released in the summer of ’78, when Quadrophenia was shooting — are the current attractions. What an embarassment for production designer Simon Holland (who’s now dead). I mean, it’s so easy to change the letters on a marquee. It’s not like it costs anything.” 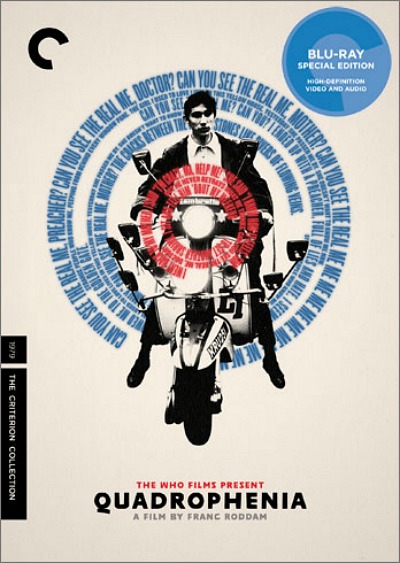