I took a nap yesterday morning, and a voice spoke to me as I slept. It was probably the same voice that spoke to Howard Beale in Network and Jean Seberg‘s Joan of Arc in Otto Preminger‘s Saint Joan and…okay, Kevin Spacey‘s John Doe in Se7en, if you want to be egalitarian and snarky and Glenn Kenny-ish about it. It was a message about the next Batman film, and it contained two urgent orders. 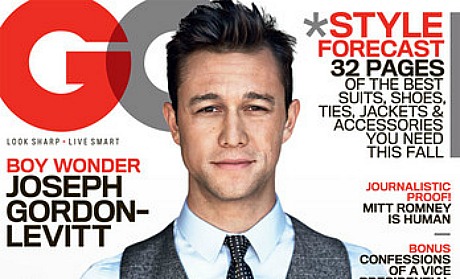 One, forget “Batman” — the next Batman movie should be all about Joseph Gordon Levitt‘s John Blake. Levitt’s rock-solid performance as this special-duty police officer is one of the best things about The Dark Knight Rises. JGL’s steady focus, intelligence, confidence and matter-of-factness convinced that he’s the guy from here on. Forget the brooding Bruce Wayne and Alfred and the mansion and all the rest of that mythology. It’s over and done with anyway. That couple enjoying cappucino and a salad in Florence existed only in Alfred’s head…as Alfred explained at the very beginning. Autopilot bullshit.

And secondly, the next Batman villian has to be played by Tom Cruise. I think that Cruise has crossed over into that territory. The straw that broke the camel’s back of his positive-image with the public was that report that Cruise wanted to subject his daughter Siri to a Scientology mind-control bootcamp indoctrination (a.k.a. “Sea Org”) — a call that apparently resulted (at least partly) in Katie Holmes filing for divorce. That’s when I said to myself, “This guy is a kind of monster…what kind of fiend thingks about brainwashing his kid? He’s just like Leif Erickson wanting to lead David MacLean (Jimmy Hunt) out to that sand pit in Invaders From Mars.”