I was wrong about the 1.66 aspect ratio of Rosemary’s Baby in yesterday’s rant about same. I spoke this morning with Ron Smith, Paramount’s former prez of preservation and restoration, and he said he agrees with this morning’s comment by High-Def Digest‘s “Josh Z” that the actual RB aspect ratio on the last DVD is 1.78 to 1. A miniscule difference compared to 1.85 to 1, but a difference nonetheless. But I definitely erred in claiming that Rosemary’s Baby was issued on DVD at some point with a 1.66 to 1 aspect ratio. ** 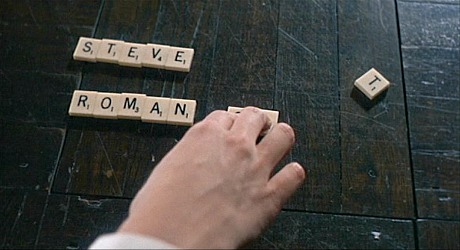 And I was therefore wrong to say the Criterion has “cleavered” Rosemary’s Baby by deciding to release their forthcoming Bluray at 1.85. What I should have said is that they’ve Exacto-knived it — i.e., sliced it ever so slightly at the top and bottom of the frame so that watchers of their Bluray will notice a slight sliver of black on the top and bottom, or the same thing they’re now seeing when they pop in the Criterion Bluray of Anatomy of a Murder. And I still say they’re wrong for doing this. Because I believe in height and head space and air that characters in a film can breathe in and out.

So eff Criterion anyway, if you catch my drift. Why didn’t they just leave RB alone and at least go with Smith and Josh Z‘s 1.78 aspect ratio? Why did they have to slice it off ever so slightly? To what end? I’ll tell you to what end. To comply with the Bob Furmanek theology that the only way to figure this stuff out is to read trade reviews written at the opening of a given film’s release, and adhere to the reported aspect ratio — period, final, over and out.

But there’s another way of dealing wth this stuff, and that’s to run an open-matte print of the movie in a screening room and figure out what looks best based on what you want to see and what feels right.

If Mia Farrow and John Cassevettes are eating a steak dinner with Ruth Gordon and Sydney Blackmer in the latter’s apartment, you want to be able to see the steak, and if you can’t see the steak then you need to write a letter to Bob Furmanek and tell him to go eff himself and change the aspect ratio to whatever you need it to be in order to see the meat on the plate. Because Rosemary’s Baby dp William Fraker was, I believe, the kind of guy who liked to show the audience what the characters are eating, and I’m the kind of guy who likes to see that also.

If the Criterion Bluray shows the steak, fine — let’s put this issue to bed. But if it doesn’t show the steak, let’s at least acknowledge that it doesn’t do this and that the steak is lost and gone and that Criterion and Polanski and Furmanek have had a hand in this, and that I, at least, was one person who stood up and said, “Keep the steak! Let’s see the reddish-brown juice on the plate!” 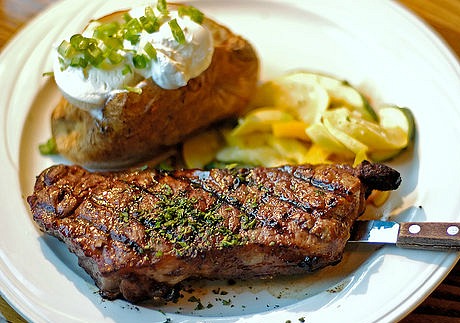 I also still maintain that somewhere back in the leaf-swirl of my memory and down into the swamps of time with a face mask, flippers and snorkel, I saw Rosemary’s Baby at an aspect ratio that was higher and better than 1.85 or 1.78 — perhaps I saw it at a Parisian revival cinema where they still use 1.66 aperture plates? — and for whatever reason I retained that memory.

And when you blend this with so many people having maintained twelve years ago that the Rosemary’s Baby DVD was issued at 1.66 and the knowledge that the film was shot so that a European projectionist could have shown it at 1.66…throw all this together and I know I’m still more or less correct about the 1.66 thing.

I tried like hell to find anyone with a print of Rosemary’s Baby so I could snip out a frame and blow it up and post it on the site, just for the record. Three or four hours ago I called and spoke with Denise Fraker, widow of William Fraker (who passed in 2010), and she was very nice but could only offer a phone number for Bobby Byrne, who was Fraker’s camera operator on Rosemary’s Baby.

Wells grabs the little man by the shoulders and draws him close.

Wells strikes the director across the face…hard. He’s got his attention now.

WELLS: Stop lying to me, pally. What’s the aspect ratio?

Crack! Wells slaps the man across the other cheek. Polanski stumbles backward, eyes wide with terror. The man is capable of anything.

A stunned Wells releases the director, sickened by his very touch. Polanski crumples to the ground in a heap and sobs uncontrollably.