Sunday and Rosemary Do Lunch

Last Wednesday I had lunch with two upcoming Criterion Blurays — Sunday Bloody Sunday (out 10.23) and Rosemary’s Baby (out 10.30). They met me at Le Pain Quotidien at 12:30 pm. We chose a quiet table and ordered tomato and mozzarella salads and lemonade all around. 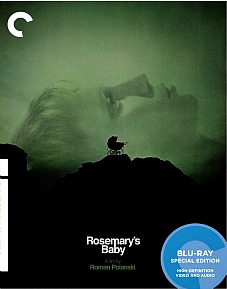 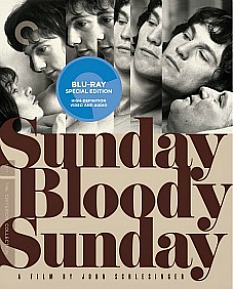 Hollywood Elsewhere: Thanks for coming, fellas. I know you’ve been busy recently.

Rosemary’s Baby Bluray: Not at all, Jeff. Thanks for the invite.

HE: So when you guys were movies back in the prehistoric celluloid days, you came out within…what, three years of each other?

SBS Bluray: I think it was almost exactly three years later, on July 1, 1971 in England. And in early September of ’71 in the States.

HE: Have you guys met before this?

RB Bluray: Never. But why would we? (to SBS Bluray) You good?

SBS Bluray: I’m good. As I’m sure you are. It’s gratifying to be getting some new attention after 40-odd years.

HE: You guys never played as a double-bill somewhere? At the Carnegie Hall or Bleecker Street Cinema or the Thalia back in the ’70s?

SBS Bluray: Not to my recollection.

RB Bluray: Maybe we did. Who remembers? [Laughter]

HE: In any case, for those who aren’t up to speed I’d like to review some basics. Sunday, you were produced and shot in England but released by major distributors in every country. I think United Artists released you in the U.S., if I’m not mistaken?

HE: And Rosemary, you were shot in the U.S. and released by Paramount.

HE: And being non-Scope films, you were both projected in the same flat format in the same theatres in both the U.S. and England, presumably with the same lenses and aperture plates and yaddah-yaddah. Same all around.

SBS Bluray: Okay…I see where you’re going with this.

HE: Where am I going?

SBS Bluray: We came out in roughly the same era, and we’re both being released as Criterion Blurays in October, both of us mastered by the same Criterion technicians and creatives, and yet I’m being issued with a 1.66 aspect ratio.

SBS Bluray: And Rosemary’s Baby is coming out at 1.85. [Melodramatically] Why is that?

SBS Bluray: Because I was produced and shot in England, a country that was rolling with 1.66 at the time. It’s a gesture to British theatrical tradition.

HE: But your director, the late John Schlesinger, was operating in the same theatrical and commercial realm as Roman Polanski, the director of Rosemary’s Baby.

HE: Schlesinger was British but he was very much a part of the U.S. film industry. He’d directed Midnight Cowboy in ’68, of course. And both Schlesinger and Polanski, who’d come from Poland but was a British resident in the mid ’60s when he made Repulsion and who understood the system they had…they both knew that the lion’s share of their support and funding came from the U.S. film industry so there were no illusions about how most people — Americans, I mean — would see their films, which was within a 1.85 aspect ratio.

SBS Bluray: John knew that. Of course he did. But being a British-born filmmaker, he composed me so I’d look good at 1.66 as well as 1.85.

HE: As I’m sure Polanski did with Rosemary. He knew there were two systems. So why, then, has Criterion chosen to show you, Sunday, with a 1.66 aspect ratio when the reality was that very few if any viewers in the U.S. saw you at 1.66. To hear it from Bob Furmanek and Bob Harris and others, 1.85 was the absolute rule in the U.S. going back to the ’50s. So why haven’t you been Furmaneked, Sunday? Don’t get me wrong…

RB Bluray: [Amused] Yeah, what is this?

RB Bluray: But how come Criterion has given you more height than me?

HE: Because Polanski told them you’re coming out at 1.85. He ordered it.

RB Bluray: Then why did he approve Repulsion at 1.66? Just because he shot it in England? Presumably Criterion is bringing out Sunday at 1.66 for the same reason, because it was shot in England. But who cares at this point? That was forty odd years ago.