The Lawrence of Arabia “balcony scene,” in which Jack Hawkins (Gen. Alllenby) emotionally manipulates Major Lawrence (Peter O’Toole), will be included as an extra on the forthcoming Lawrence Bluray. I’ve pasted the scene’s pages, taken from Robert Bolt‘s screenplay, after the jump. The following excerpt from a 2000 interview with original Lawrence restoration director Robert Harris, conducted by Geoff McNeal, offers some background:

Harris: “When we were completing the cut, we attempted to put together a balcony scene in reel 11B, in which Allenby works to get Lawrence to go back to Arabia. The scene had been hacked in the shorter version. David [Lean] wanted it in. [Screenwriter Robert] Bolt felt it was the finest scene he had ever written, which is saying a great deal. David directed the looping of dialogue in London with Peter and, lending his voice to the Jack Hawkins character, Charles Gray. We had requested that the studio check the voices on a few actors and select the best for the roll. They simply took the first on the list, which was Gray — a fine actor [who] sounded nothing like Hawkins.*

“When we put together the scene, it was obvious that Gray’s voice didn’t work. At precisely this time, David had to leave for the Cannes Film Festival, [and Columbia chief] Dawn Steel wanted to see the film before he left and we went about recutting the scene once again for a special screening. It was a horrific decision and something that I should have fought at the time, but didn’t. David wanted the Allenby lines revoiced and put back at some time in the future. [But] the cutting room was shut down and it never happened. I’ve been trying to get the extended scene reinstated ever since. It adds layers to the film which are unbelievably rich. Their feeling, and one cannot find ultimate fault with their position, is that David allowed the film to be screened in 1989 without the additional footage, thereby accepting it as ‘his’ cut.” 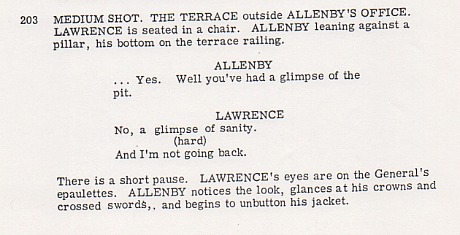 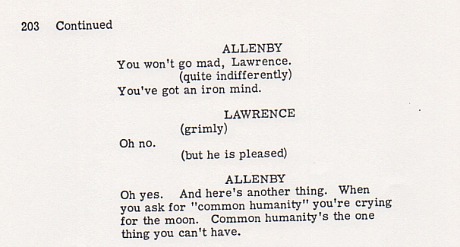 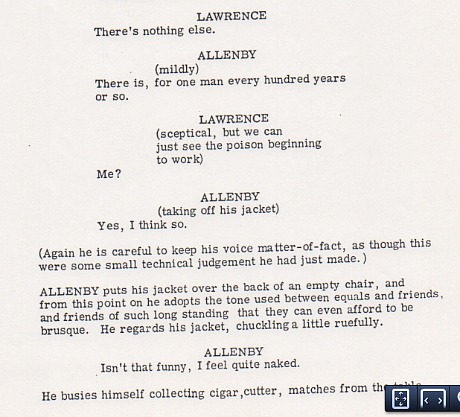 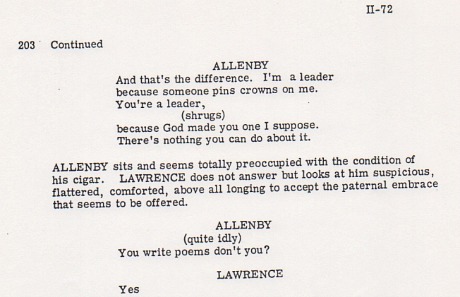 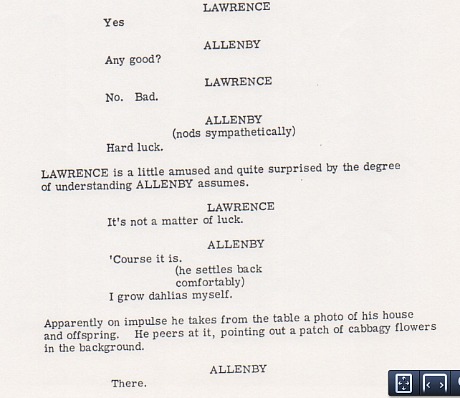 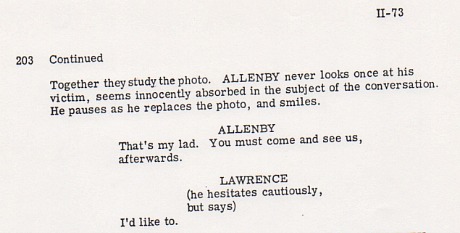 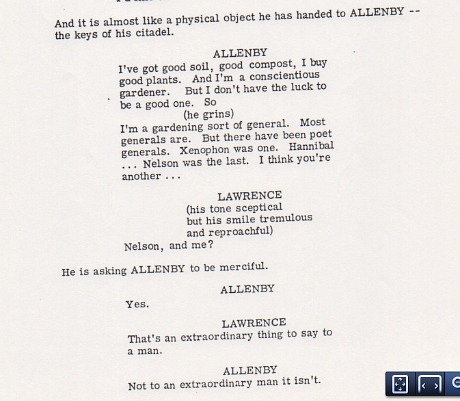 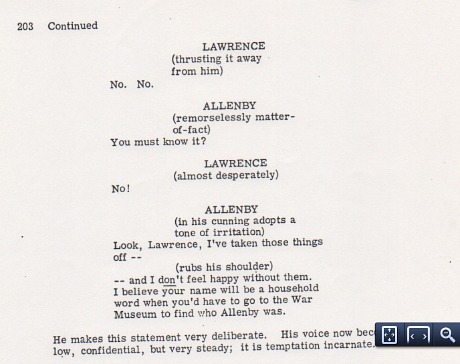 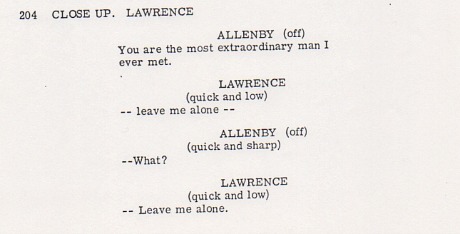 …and you all know the rest. Hawkins/Allenby says “that’s a feeble thing to say” and so on.