In a “Thompson on Hollywood”/Indiewire review of The Master, Beth Hanna (who caught Paul Thomas Anderson‘s film last night at the Aero) writes that while “much attention will be rightly paid to Joaquin Phoenix and Phillip Seymour Hoffman, Amy Adams,” portraying the charismatic Hoffman’s wife, “may [be] the most revelatory character.” 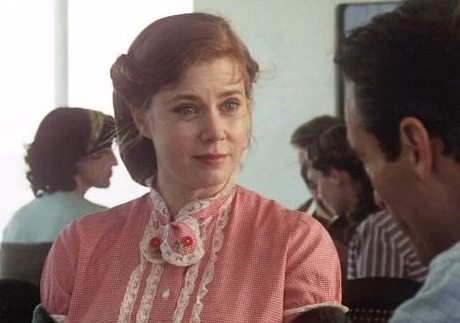 Editor’s note: I fiddled with Hanna’s wording but the sentence still didn’t come out right. But you get the gist. Adams pops through because she does well by an interesting character.

The film is set in the 1950s “when wives must stand dutifully beside their husbands,” and yet “something rather different is going on behind the scenes,” Hanna notes. “Adams’ quiet strength works beautifully” as it apparently “causes the viewer to re-think the power structures in Master’s universe.” Or something like that.

August 4, 2012by Jeffrey Wells7 Comments
« Previous post
How To Deal With The Right
Next post »
Hold Your Horses