This Is 40 costar, comic legend and slight rapscallion Albert Brooks spoke with me at last night’s premiere after-party. I suggested a phoner and Brooks promised to call today at 2 pm. He called at 1:58 pm. I asked him to ring back on my digital land line, and while things were a little halting or lunging and unsteady at first, we would up doing a nice healthy 55-minute chat about death. I don’t know why I just said that when we dovetailed into death issues three or four times at most. 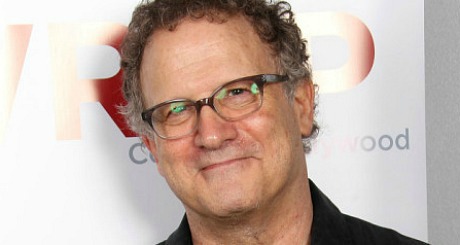 Topics included a possible Curb Your Enthusiasm-type cable show, Brooks’ too-short This is 40 scene with John Lithgow (which reminds me of his party-inquisition scene with William Hurt in Broadcast News), the fact that Brooks identifies more with his menacing Drive guy than his father-of-Paul Rudd character in Judd Apatow‘s film, the mentality of movie-award giving, Lost in America, John Lennon‘s “lost weekend” period, writing issues, the dying of pets, old-age issues, Big Ideas vs. movies about nothing and so on.

I had been thrashing around all morning trying to think of some Brooks questions that would lead to intrigue and excitement while simultaneously talking about life, love and money with a lady friend, sussing out the Golden Globe nominations and writing that agonized, down-on-my-knees Lincoln plea to anyone and everyone. I managed to type out about five or six Brooks questions before he called but once we got going it was easy.

December 13, 2012by Jeffrey Wells6 Comments
« Previous post
Osama On The Pot
Next post »
If It Doesn’t Lift You Off The Ground….