Hollywood Elsewhere disappeared about an hour ago for about 25 minutes because of a tiny little spam post about pepper spray that was included in a comment thread under a 3.10.09 HE article called “Mumblecore Plus,” which was a review of Joseph Swanberg‘s Alexander The Last. Well, not specifically due to the spam itself but…here’s how it went down. 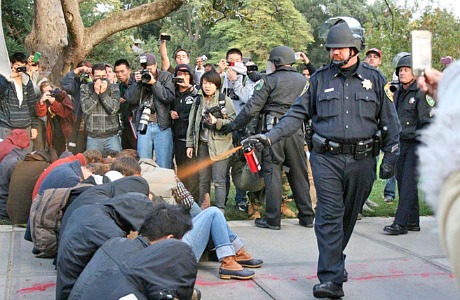 Somewhere in that “Mumblecore Plus” thread an underpaid schlub from Estonia or China posted a piece of spam about a pepper-spray product. Which ants, worms and maggots, if they could read and could operate a computer, wouldn’t give a damn about.

Six days ago I received a letter from Morris, who runs a Jacksonville-based company called Buy Pepper Spray Today. (Which I’ve been blocked from visiting within the last hour or so.) His letter complained that the March 2009 spam post was infringing upon his legal URL copyright, and that he was prepared to “seek the removal of the infringing material” and therefore block any website hosting this spam, and that he would do so under Section 512(c) of the Digital Millennium Copyright Act (DMCA).

I read Morris’s letter, and rather than act like an adult by removing the offending spam and alerting him that I had done so, I wrote him the following: “Are you serious? A fragment of a post from 2009, or three and three-quarter years ago, was copied onto my server by some person working from a Chinese or Estonian spam sweatshop, and you’re telling me to do something about it? This is what you do with your life?”

I guess I was also thinking about the product itself. Pepper spray has been used by cops to disperse Occupy protestors, or so I’ve read. So I sitting there thinking, “He’s selling an ugly product so eff this guy.” 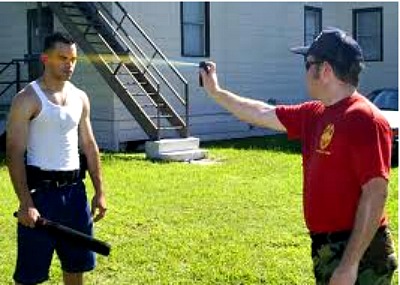 That took a little energy to write — a little energy and some time to think it through and make the editing decision to not write “thumb up your ass” but instead “thumb lodged inside your anal cavity.” I mean, I could have simply deleted the pepper-spray post and informed Morris of same in half or one-third the time that it took to tell him he was being a huge pain. It was after midnight and I guess I was tired or irritated or whatever, but the bottom line is that it seemed, at that moment, more important to tap out a smartass reply than simply man up and take care of the problem.

And so Morris, obstinate fellow that he is, wrote my server, Softlayer of Houston, and sent them a properly constituted letter about the offense and cited Section 512(c) of the Digital Millennium Copyright Act (DMCA). And then Softlayer sent me two letters about this, which I ignored because I don’t read at least half the crap that comes into my inbox because…I don’t know but it probably has something to do with feeling overworked and frazzled, especially in the wee hours. I regard any piece of mail that comes into my inbox that’s not personal or business-related as something to swat or wave away.

So around noon the Softlayer guys blocked the site. I hit the roof, called them up and screamed that this issue was about a single piece of spam that was posted nearly four years ago, etc. They lifted the blockage after a half hour’s worth of ranting, and I finally removed the spam post and it was duly recorded on a Softlayer trouble ticket. I feel like a jerk for not having acted in a more practical-minded way, but that’s how I roll from time to time, especially late at night when I’ve been at it for 16 or 17 hours.