I was about to step on-board the Lady Joy and join the party for James Toback‘s Seduced and Abandoned, but I couldn’t stand listening to the GODAWFUL DISCO HAMMERHEAD MUSIC playing at the party next door. Can you imagine being a party DJ and actually playing this crap with the presumption that people would actually want to hear it? I was kept standing on the dock for 20 minutes because I arrived at 11:10 for a party that began at 11:30 pm. And all during that time I was getting more and more sick of listening to these DROOLING VAMPIRE FANG DEMON HELL FART SOUNDS. By the time it was cool to go onboard I was all but throwing up. I escaped.

Paolo Sorrentino‘s La Grande Bellezza (The Great Beauty) is not just a return to the highly stylized realm of Il Divo, but a channelling of Federico Fellini‘s 8 1/2 and La Dolce Vita with perhaps a few sprinkles of Fellini Satyricon. It’s a contemporary Roman dream fantasia, familiar and picturesque and deliciously unreal, that serves as a kind of meditation or spiritual journey piece about a 60ish good-time-Charlie journalist (Toni Servillo) trying to cut through the crap and clutter of his life and perhaps get beyond regarding everything and everyone with a smirk and rediscover something sacred…a sense of purpose or connectivity, God, love, or a yen to write books again.

I did a 25-minute interview with Seduced and Abandoned James Toback in his Carlton hotel room this morning (to be posted later), and around 12:45 pm I attended a fairly exclusive Inside Llewyn Davis luncheon and round-table session. Joel and Ethan Coen, Oscar Isaac, Carey Mulligan, Justin Timberlake, musical director T-Bone Burnett, director of photography Bruno Delbonnel. And that’s all so far. Paolo Sorrentino‘s La Grande Bellezza starts at 7 pm. 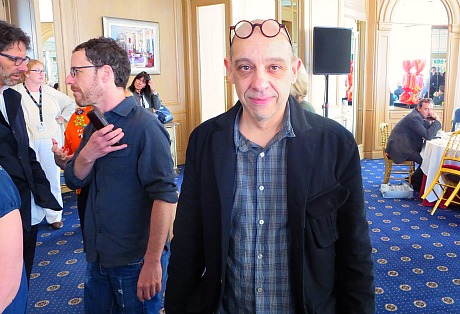 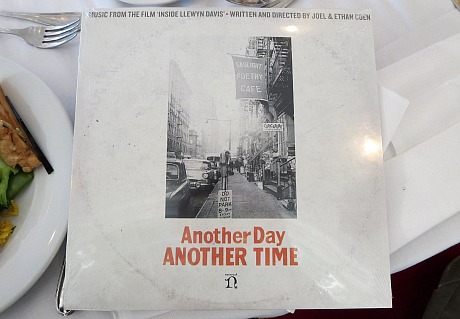 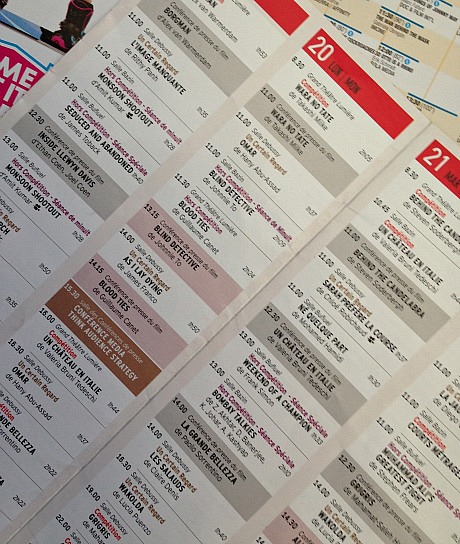 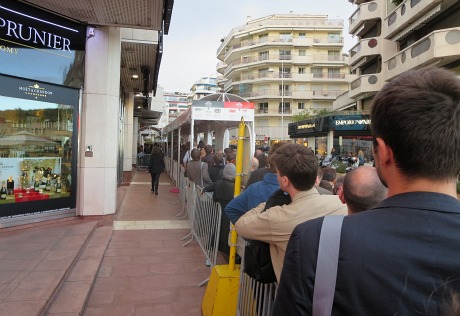 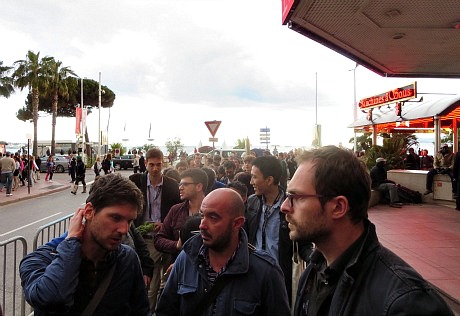 Guy with glasses: “The Theatre Croisette people have fucked me. They’ve stolen an hour from my life and it’s gone forever. All they had to do was take a head count and gives us a heads-up…assholes!”
(More…)
May 20, 2013 2:12 amby Jeffrey Wells