Yesterday’s word on Ari Folman‘s The Congress was a little iffy and head-scratchy so I didn’t make the effort to catch it as soon as possible. I’ll get around to it — Folman is a major filmmaker and attention must be paid — but I’m not going to sprain an ankle doing so. And then Indiewire‘s Eric Kohn sent me his review this afternoon, which raised my interest levels somewhat. 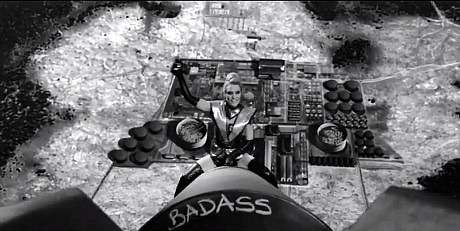 “Has there ever been a movie so aggressive toward Hollywood power structures?,” Kohn asks. “From Budd Schulberg‘s 1941 novel ‘What Makes Sammy Run?’ to Robert Altman‘s The Player, storytellers have constantly assaulted the studio system, but Folman makes its evils come alive with phantasmagorical effects that force viewers to see the argument from the inside out.

“The Congress rails against commercialism with an absurdly far-fetched premise rendered in the bright palette of a Ralph Bakshi movie and a wandering surrealism that echoes Naked Lunch. Yet it’s also a wholly original and thoroughly surprising fusion of sensory overload and liberal philosophy bound to confuse and provoke in equal measures.”