I don’t know where the suspicion came from about David O. Russell being the “recently Oscar-nominated director” who reportedly complained about Creative Artists Agency during an in-house meeting, per that 5.13 N.Y. Post item, lamenting that CAA “should be called Caan’t! Caan’t, Caan’t, Caan’t!” This month-old rant was the inspiration for William Morris Endeavor‘s anti-CAA print campaign that was first reported about 36 hours ago — all those Century City posters (and one T-shirt seen on the Today show) with the familiar CAA logo spun into a deep-imprint lampoon that has already made its point, even if the ads are being taken down. 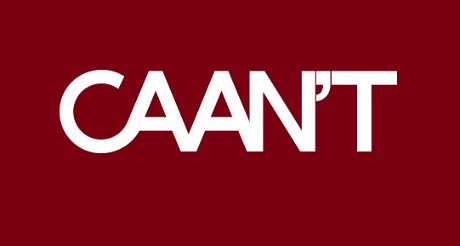 A Hollywood Reporter story about the WME poster campaign reported that Russell has “vehemently” denied being the “CAAN’T” ranter. But if you look at the five 2013 Oscar director nominees and which ones are repped by CAA and who is left through process of elimination — not Ang Lee (he would never say something so off-the-cuff guns blazing and laser-sharp), not Steven Speilberg (no way), and not Beasts of the Southern Wild‘s Ben Zeitlin…who’s left? This is just guesswork, of course.

I texted Russell about the story, saying that I loved the fact that it might be him and that I felt it was one of those hilarious, world-class utterances that will go right into the annals of Hollywood lore. Even if DOR isn’t the guy I love imagining that he is/was. I mean, it’s so David-ish. Anyway, Russell has just texted me back: “No way, pal.” Meaning, I gather, that there’s “no way” it was him. Okay, too bad.

As of yesterday the posters, reportedly paid for by WME, were located in Century City’s Westfield shopping mall, which is just a tennis ball’s throw from CAA offices. “The posters have been spotted along sidewalks from Hollywood to Santa Monica, as well as in 78 display cases at the Westfield Century City mall, which is near several talent agencies, including CAA,” according to The Hollywood Reporter.