Approving reviews alone aren’t the reason for the phenomenal opening-weekend haul ($102 grand average on six screens) of Woody Allen‘s Blue Jasmine. It’s approving reviews plus Jasmine being the first taste of an award-calibre “fall movie” (“Okay, so it’s a little early!” as Nehemiah Persoff might have said) plus over-35s being sick to death of bullshit zombie ComicCon franchise movies plus the world-class regal swanbird elan of Cate Blanchett. Any HE regulars who’ve seen Jasmine with, you know, thoughts?

First the Saving Mr. Banks trailer, which sold the film as something jokier and more comedically cloying than Kelly Marcel‘s first-rate script. And now the one-sheet, which uses adolescent-friendly cartoon silhouettes to indicate the characters played by Tom Hanks and Emma Thompson. It’s saying to the dummies out there, “This movies will be as easy to understand and digest as an old Mickey Mouse cartoon.” I’m getting more and more worried about this thing by the minute. 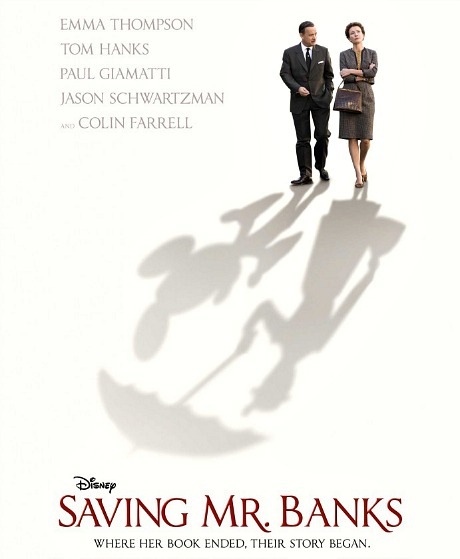 I really, really don’t like it when directors use slow-mo for action scenes. They should just stage it and shoot it like it looks when it happens for real, and the audience notices what it notices. Slow-mo coolness caught on 46 years ago with the machine-gun death scene in Bonnie and Clyde and then peaked two years later when The Wild Bunch premiered. And that was that. It’s been “over” for a long time. Our observational powers are much faster now. Either you get the natural-speed coolness aesthetic or you don’t.

“It’s unlikely that the studios are going to drastically change course as the result of one bad summer,” says Variety exec editor Steven Gaydos in a Xan Brooks Guardian piece about Hollywood’s “Summer of Doom.” “However, it is imperative they diversify their slate. They’re laying down too many big bets without anything else on the agenda. They have to kick their dependency on $300 million blockbusters. If they don’t, they’re going out of business.”

“Look at Comic-Con and then tell me if you think Hollywood is going to cut back on its comic-book dependency. Look at how that event was covered by the critical establishment and you’ll see how everything still validates the conglomerates’ bottom line. By and large, people are not looking for intelligent, edgy, mid-range movies. They’re looking for superheroes and special effects. They’re looking for amusement rides. They’re like the kids in Pinocchio who still want to go to Pleasure Island. They’re voting to be donkeys.”

I’ve been watching the original widescreen version of Elia Kazan‘s East of Eden (1955) since it came out on laser disc in…what was it, ’98 or thereabouts? The reasons I re-watch it every two or three years are (a) the performances — not just James Dean‘s but those from Julie Harris, Jo Van Fleet, Raymond Massey, Albert Dekker and Burl Ives, (b) Leonard Rosenman‘s furious, cymbal-crashing score, and (c) the scene in which Dean and Van Fleet trade observations about their similar natures and about what a prig Massey is and was, and (d) Dean and Harris’s ferris-wheel kissing scene. The Bluray…I don’t know when the Bluray comes out but probably sometime by mid-October. 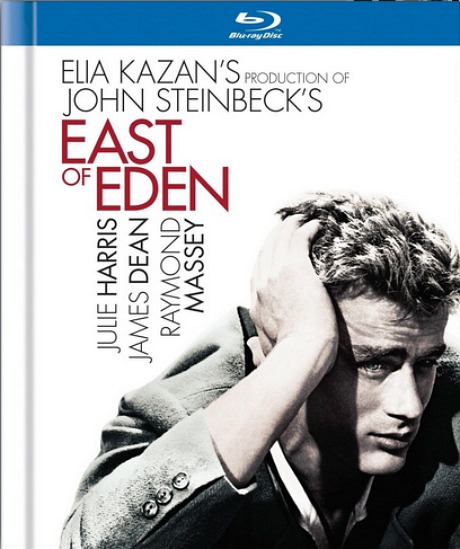