City That Isn’t Really A “City”

With the exception of a 24-hour visit to George Clooney‘s Monuments Men set in rural Germany roughly three months ago and then a two-day visit to Lauterbrunnen in early June I’ve been living in intense, thundering, big-time cities over the last three months — New York, two weeks in Berlin, 10 days in Cannes, 20 days in Paris, five or six days in Prague, back to Paris and then a straight 40-day bunkdown in New York’s financial district (i.e., since 6.20) with the highly significant girlfriend. 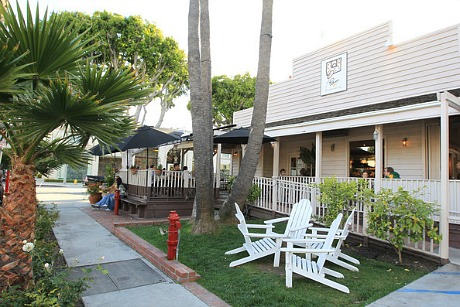 You can argue that big league towns are about much more than just the urban cliches, and of course each one is different or unique in its own way. But the shorthand still boils down to the same elements — classic architecture, historical aromas, refinements of this or that kind, concentration, public transportation, cafes, restaurants, superb clothing stores and beautiful women. The point is that every time I return to Los Angeles I’m reminded how it doesn’t — can’t — play the same game as the others. Or certainly not as impressively.

Every corner of this town tries to lull and soothe and placate for the most part. The architecture is way too 21st Century here — it’s almost as bad as Japan in this sense. Nothing really makes your heart beat faster or makes your teeth chatter or anything along those lines. L.A. is basically a verdant spread-out suburb with little pockets of culture and intrigue and urbanity that are “big-league” in and of themselves, okay, but the size and the sprawl and the sense of displacement of the place never quit. The sum effect is a city covered in a kind of down comforter. The city I returned to last night around 11:30 pm is “home.” I love the sunsets and the nighttime aromas and all the crazy people I fraternize with here and the general movie-fanatic culture, of course, but it’s not and never will be a “big city” — it’s Los Angeles.