When I first saw Nebraska in Cannes I heard Mark Orton‘s folksy, laid-back, quietly moving score, but for whatever reason it didn’t stick to my soul. Then I saw Alexander Payne‘s film a second time on the Paramount lot and wham, it stuck. What got me was the main theme, which is called “Their Pie” (and which is contained in two tracks on the Nebraska soundtrack album, which streets on 11.19). Here’s the opener and the closer. Somehow the music expresses what the film is about better than the film. (Or just as eloquently.) I hear it and somehow Bruce Dern‘s performances and the black-and-white photography and the pickup-truck sequence at the end….it all comes together. You can’t listen to this track and not go “okay, right…I get it.” 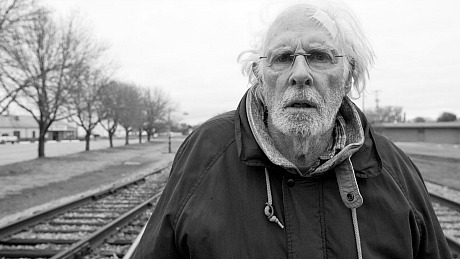 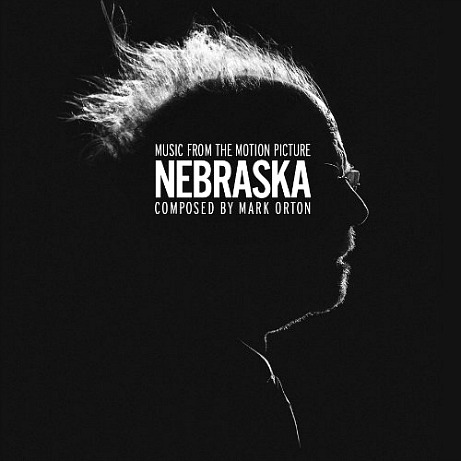 I’m presuming that these GQ photos of Blue Is The Warmest Color‘s Adele Exarchpoulos vaguely allude to Tom O’Neil‘s longstanding suspicion that aging male horndog Academy members occasionally like to nominate at least one or two alluring breeding-age (i.e., under 40) females for Best Actress. That’s the legend, at least. A tedious and sexist theory, of course, but with everyone dismissing the 19 year-old Exarchopoulos as an unlikely nominee due to her being relatively unknown (and because IFC Films won’t spend diddly-squat on her campaign), I’ll take any advantage I can grab. Why am I so interested? Because Hollywood Elsewhere has been Ground Zero for the pro-Exarchopoulos forces since Cannes, and I’m in this for the long haul. 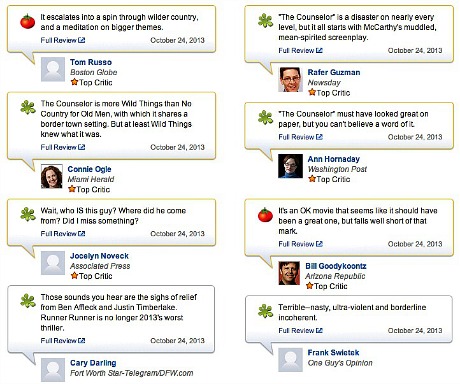 13 Comments
My Lai or Bust

I intend to visit the site of the 1968 My Lai massacre during next month’s Vietnam visit. I don’t care if the Vidotour guys want to drive me there or not. In fact I wish they wouldn’t. It’s located about 80 kilometers south of Hoi An so I’ll just rent a scooter and drive down myself. “Please help me with a scooter rental agency in Hoi An or Danang,” I’ve just said to the Vidotour guys. “If you don’t want to help me I’ll find one myself — no worries. But you should know I am committed to not spending my time in Vietnam like a typical American tourist. I am not going to allow myself to be insulated from the culture of Vietnam and I’m not going to led around by a tour guide and watched over like I’m seven years old. Thank you but I don’t want to be protected from life in Vietnam. I don’t want to look at it through a thick glass window. I want to step out in it and smell it, taste it, walk through it, be part of it.” 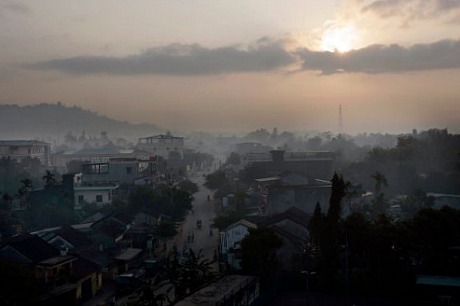 Yesterday morning TheWrap‘s Sharon Waxman ran a piece that implied that the decision to delay George Clooney‘s Monuments Men was as much about getting it right as finishing the special effects in time. “It’s been a bit of a dance,” Clooney told Waxman earlier this month. “We’re trying to do the movie in the vein of war films, but you don’t want it to sound like The Great Escape. Those movies that were done in the ‘50s and ‘60s, they all had their own sort of life. You don’t want to do a replica, you have to do a new version.”

This is roughly the same thing Clooney told me on the Monuments Men set last May (“Monuments Memories“). “The Guns of Navarone doesn’t play so well any more,” Clooney quipped between takes. I wrote that he “was basically saying that if you’re going to make a good World War II film these days, you’ve got to improve upon the old models because they don’t fit the current sensibility.”

Russell Brand is my absolute favorite comedian right now. If only he hadn’t appeared in Forgetting Sarah Marshall, Arthur and Rock of Ages. What bond could have possibly existed between Brand and Katy Perry? I don’t respect Brand’s “don’t vote” attitude either, but the complacent attitude of Brand’s questioner, Jeremy Paxman, is far more problematic. As a Gawker commenter stated, “It’s not people like Brand who don’t vote that are part of the ‘problem’ — it’s assholes like Paxman who refuse to acknowledge the myriad of issues that our current political system has failed to solve” — or even address — “and who are completely unwilling to listen to alternatives who are part of the problem.”

Philomena Spoiler Warnings — proceed at your own risk: In yesterday’s “Feinberg vs. Bejo” piece, I noted that three of Scott Feinberg’s top ranked Best Actress contenders are on the soft side in terms of (a) having been given a really good role to work with and (b) really delivering the goods,” and that one of these is Philomena‘s Judi Dench. I characterized her performance as “spirited older lady behavior and dialogue — nothing that stupendous.”

A film critic colleague responded last night as follows: “I have to say I think you’re dead wrong [about Dench in Philomena]. For me, it’s maybe the greatest performance of her career, and I’d be shocked if she isn’t nominated. The Academy has nominated (heck, even awarded her) for much lesser work.”

Wells: “What Dench is doing in this film is boilerplate ‘older uneducated lady from the provinces’ schtick.”

Over the years Oliver Stone and I have corresponded every so often between running into each other at press events and whatnot. The other day he wrote to remind me about the Bluray release of his Untold History of the United States, which came out on 10.15 at Amazon, Costco, Target etc. All 12 hours plus two unaired chapters. I wrote him back as follows: