Beast Is Still Among Us

This morning film reporter and essayist Lewis Beale sent me a 10.16 CNN.com piece he’s written about why people should see 12 Years A Slave. It’s a good article and well worth reading, but I told Beale that the most interesting part is the following: “12 Years A Slave tells us how we got to where we are today racially. It is not a story that Confederate flag wavers, states’ rights advocates, talk-radio stalwarts and all too many other Americans want to entertain. I can just hear them saying ‘slavery ended 150 years ago…get over it.’ It did and it didn’t. And that’s the point.” 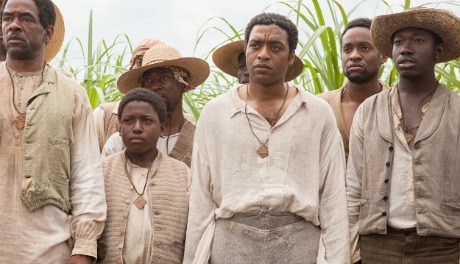 I agreed, I said, but I asked Beale why he didn’t get into that. “Rural yahoos and closet yokels won’t want to see 12 Years A Slave (that seems obvious to me), but have you had any first-hand conversations with same about this?,” I asked. “Slavery, you’re saying, didn’t entirely end 150 years ago. What you mean is that this or that form of racial subjugation or prejudice continues. I recognize this, of course, but in my realm you really have to hunt for that. With a magnifying glass. This is obviously a much, much different country and culture than it was during the civil-rights struggle of the 1950s and ’60s. We all know that racial disdain and/or resentment of any kind can end or seriously damage your career or land you in a lawsuit of some kind. It’s just not tenable to be any kind of a racist these days if you want to successfully integrate with the wheels of commerce and culture of 2013.

“That’s not to say racial animus doesn’t exist — it’s just gone underground or into the closet or has been code-worded. I think that’s why some our less enlightened citizens won’t want to see this film. They live in that closet or that realm, and they figure it’s theirs to maintain or fortify or whatever and so they don’t want to experience a film that revives or reanimates the ground-level anger and anguish that has informed the African-American mentality for 200 years or so. The resistors are probably saying to themselves, ‘Look, I’m not a mean or resentful person — I’m pretty easy-going and fair-minded at the end of the day — but my deep-down feelings about non-white, non-European cultures are my own to maintain or consider or what-have-you, but I’m not going to a movie in order to submit to or participate in some kind of mass cultural recognition therapy. Just leave me alone and I’ll leave you alone…fair enough?”

“I’ll post this along with your CNN piece,” I said to Beale, “but do you have any reactions to what I’ve just said here?”

“1. I would argue that the rush to enact voter ID laws, cut down on early voting, same-day registration and move polling places to out-of-the-the-way places is directly related to racial animus, and is an attempt to make it harder for minorities to vote.

“2. Check out some of the comments about my article. Racism, ignorance, and just general stupidity is alive and well and flourishing on the internet.

“3. Jim Crow ended…what, 30 or 40 years ago? After nearly 350 or so years of slavery and the institutionalization of segregation and racism through legislation. You don’t get over that overnight. And by that I mean in 30 or 40 years.

“5. The slobbering resentment of Barack Obama is another thing. From day one of his administration, the opprobrium has been so intense [that] I can’t relate to it other than a lot of people feeling truly threatened by having a black man as President.

“6. And in this day and age Rand Paul says he’s not a big fan of the public accommodations section of the Civil Rights Act, because people who own businesses should be able to serve whoever they feel like? A U.S. Senator says this in 2013? Either he’s a nut job libertarian (in fact, he is) or a closet racist, justifying his racism through torturous legal reasoning.”