I scootered down from Hue to Hoi An in the rain today.  Off-and-on rain but at times it was fairly torrential. Helmet, goggles, windbreaker, leather gloves…soaked to the bone. The 130-kilometer drive (roughly 80 miles) happened almost entirely on narrow rural roads (some not much wider than a typical American driveway) and for a short period over mountainous terrain. It took about four and a half hours, not counting a stopover for lunch. I’d like to see Dan Quayle or Glenn Kenny do what I did today. Forget the traffic — I’d just like to see them deal with the elements. As in Rome, nobody pays much attention to traffic laws in Vietnam except for stopping at red lights. Everybody improvises, anything can happen. The roads were occasionally smooth but always winding and often muddy and bumpy and pot-holed. Near-accidents happen every other minute, it seems, but vehicles never collide. Everybody just ducks and weaves and zips around and somehow it all works. We passed through one little shanty village after another. Hills, flat plains, dense forest patches, rice fields, cattle, wild goats, water buffalos…I’ve never travelled through any place in the world quite like Vietnam. 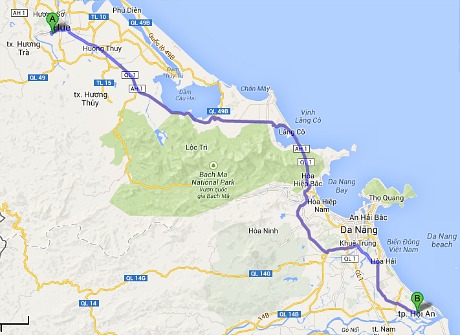 November 20, 2013by Jeffrey Wells5 Comments
« Previous post
As Creepy and Masterful As It Gets
Next post »
First Knowledgable Response