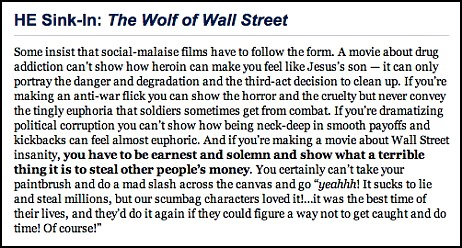 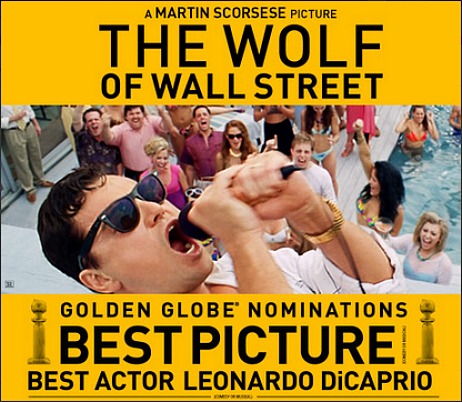 As a way of promoting and honoring the Film Society of Lincoln Center’s now-launching George Cukor series, I was just asked to name my favorite Cukor film. I know what I’m supposed to select. Pat and Mike. A Star Is Born. Holiday. The Philadelphia Story. Definitely not Let’s Make Love or My Fair Lady. But I have a soft spot for Cukor’s last film, Rich and Famous (’81). Not because it’s his “best” work, but because it contains the most openly gay scene he ever shot (i.e., Jackie Bissett doing the hunky Matt Lattanzi, whom she’s only met a couple of hours earlier, in her hotel room). By all reports Cukor was more or less pleasantly closeted all his life, but of course this had to be unpleasant. So two years before he died he “came out,” in a sense, with this scene. I remember discussing this with a gay journalist friend after we saw Rich and Famous at Magno Screening 30 years ago. 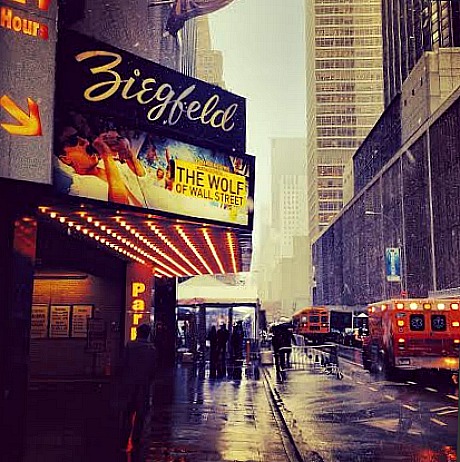 In the view of the gifted if blunt-spoken Harlan Ellison, Saving Mr. Banks is “bullshit from one end to the other.” It’s about “the dead hand of Walt Disney reaching up from Missouri…even in death…it’s not about P.L. Travers, who has been reviled by this movie [as] a hateful, spiteful, intransigent woman…this movie is about Walt Disney…it’s about burnishing Disney’s reputation…half of it is made up, and despite what you see in the picture, P.L. Travers went to her grave despising the movie of Mary Poppins.”

John Cusack plays a fiendish sniper in Magnet Releasing’s Grand Piano (Tunes/On Demand on 1.30.14, in theaters 3.7.14), threatening concert pianist Elijah Wood with death if he plays “one wrong note.” It’s a good idea for a thriller because the metaphor applies to all public-arena performing in the 21st Century. One wrong note and you are dead. I hang my ass out on Hollywood Elsewhere 24/7, and if I write anything that rubs anyone the wrong way even a little bit, I get shot, zinged and slapped around by a lurking army of snarkers, haters, p.c. brownshirts, etc. So don’t tell me.

No Comments
Busted For Bongs

When real-life Wolf of Wall Street kingpin Jordan Belfort did time at the Taft Federal Correctional Institute, his cellmate was Tommy Chong of Cheech and Chong. Chong was popped by Bush administration prosecutors for financing and promoting Chong Glass/Nice Dreams, an online drug paraphernalia enterprise. He did nine months at Taft from 10.8.03 to 7.7.04. Josh Gilbert‘s AKA Tommy Chong, a 2005 doc that played seven and a half years ago at the Film Forum, tells the whole story.

A 12.16 Wrap story by Josh Dickey took note of the Peter O’Toole-in- Lawrence of Arabia art that’s painted on the wall of of an old-Spanish-style building on the Sony Studios lot. A correction says that “an earlier version of this post suggested that Sony put the banner up after O’Toole’s death as a tribute; the studio says it’s been there for some time.” 20-odd years, actually. The Lawrence art was part of a $100 million architectural makeover Sony paid for in the early ’90s.

Yesterday the Toronto Film Critics Association chose Joel and Ethan Coen‘s Inside Llewyn Davis as their Best Film of 2013 and handed their Best Actor award to Oscar Isaac. In so doing the TFCA behaved like mature, reasoning adults who don’t fart around with industry politics or callow, fly-by-night sentiment…unlike those greatly respected members of the Academy of Motion Pictures Arts and Sciences.

“Racy subject aside, the film provides a good-humored yet serious-minded look at sexual self-liberation, thick with references to art, music, religion and literature, even as it pushes the envelope with footage of acts previously relegated to the sphere of pornography. [But] the only arousal von Trier intends is of the intellectual variety.

Radius-TWC and Tom Freston hosted a Monday night gathering for Morgan Neville‘s 20 Feet From Stardom, a likely nominee for Best Documentary Feature. I’ve loved it all year — here’s my initial rave out of last January’s Sundance Film Festival. The party happened at the Polo Private Dining Room at The Beverly Hills Hotel. Neville was there along with costars Merry Clayton and Lisa Fischer, among others. Everyone performed. A smattering of critics and Oscar bloggers were there — Hammond, Karger, Thompson, myself. Here’s a video of Clayton’s big number. I laid down on the floor and held the camera as steadily as I could. 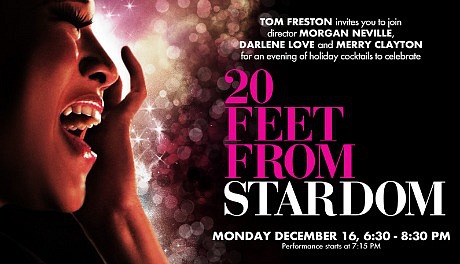