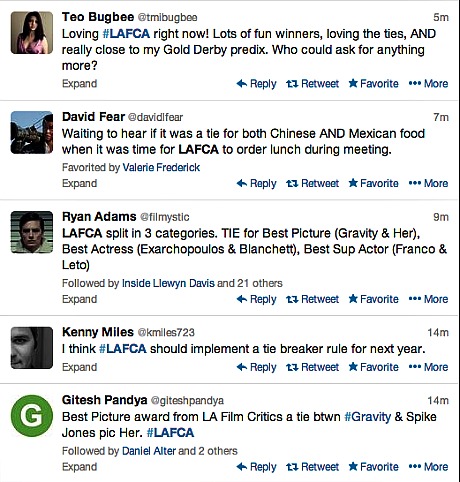 LAFCA should have split the Best Picture prize between 12 Years A Slave and The Wolf of Wall Street…but they didn’t and that’s that.