“Rest assured that while The Grand Budapest Hotel (Fox Searchlight, 3.7) is a dryly fashioned experience, it’s also a sublime one. It’s a full-out ‘Wes Anderson film’ (archly stylized, deadpan humor, anally designed) that also delights with flourishy performances and a pizazzy, loquacious script that feels like Ernst Lubitsch back from the dead. It also feels like a valentine to old-world European atmosphere and ways and cultural climes that began to breath their last about…what, a half-century ago if not earlier? It exudes affection for its characters and a melancholy lament for an early-to-mid 20th Century realm that no longer exists. This is easily Wes’s deepest, sharpest and most layered film since Rushmore, which, believe it or not, came out 15 years ago.” — from my 2.6.14 review, filed from Berlin. 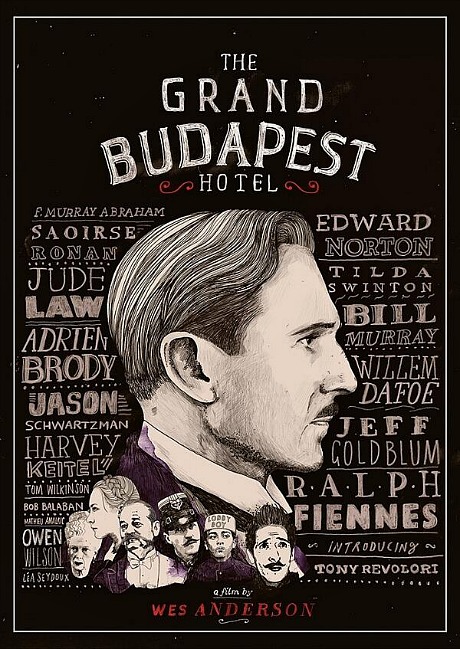