I’ve read two South by Southwest reviews of Jon Favreau‘s Chef (one by Indiewire‘s Eric Kohn, another by Variety‘s Joe Leydon) and the general response is that Favreau has made a likable, agreeable, indie-styled dramedy. My problem is that I’m reluctant to settle into a film about an overweight chef. We all love to nibble down on tasty dishes but we don’t want to pay the price. Nobody does. Only teens and 20somethings can get away with eating like a pig, and sometimes not even them. I’m sorry but the metaphor of Favreau’s girth (he wasn’t in one of his slim-down modes when he shot the film and he still isn’t, to go by recent photos) speaks for itself. I don’t ever want to go there, and so I don’t feel that keen about seeing Chef. (Although I’ll see it for sure.) If Favreau was slim and trim I’d feel a whole different way. Sorry but that’s what it boils down to. Well, that and the reviews. 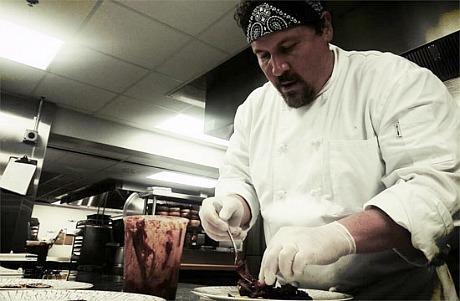