Don’t Bring Me Down

I feel a tiny bit gloomy about the just-announced selections for 2014 Cannes Film Festival. As my eyes scanned the list I was saying to myself “okay, some of these sound pretty good but where are the high-octane blowout titles? Where’s the No Country for Old Men-level rocket fuel?” At best this is going to be a mildly good festival. I don’t feel bummed exactly — don’t get me wrong. There are obviously some intriguing choices (like Nuri Bilge Ceylan‘s Winter Sleep) and some titles yet to be announced, but I’d be lying if I said I’m in a state of mild tumescence or Brian Wilson-styled excitation. 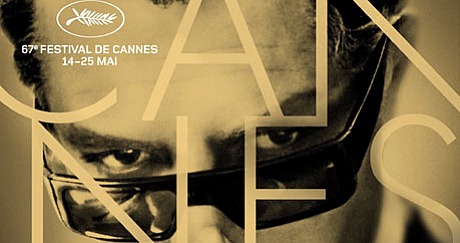 I stayed up until 2 am this morning to file, exhausted, but they didn’t start on time (i.e., at 11 am in Paris). So I took a 15-minute nap on the couch and they still hadn’t begun the press conference at 2:15 am (11:15 am in Paris) so the hell with it. And now I’m up again and reading the rundown and going “Uhm, okay…all right…wait, is that all there is?”

No big surprises, no major lightning bolts, all expected choices and no big strutting dogs with the absence of Paul Thomas Andersen‘s Inherent Vice and Alejandro Gonzalez Inarritu‘s Birdman. And no films that seem assured of being in the award-season conversation except for Bennett Miller‘s Foxcatcher (i.e., Steve Carrell‘s lead performance) and possibly Michel Hazanavicius‘s The Search (a remake of Fred Zinneman‘s same-titled 1948 film, set in war-torn Chechnya and costarring Berenice Bejo and Annette Bening).

On top of which Christian Petzoldt‘s Phoenix was snubbed! Fremaux blew off Petzold?

“That’s certainly a surprise,” a German distribution friend wrote this morning. “In Berlin people are making jokes about Berlinale honcho Dieter Kosslick having missed the boat on the three most important German movies of the year, in two instances because their producers were hoping to take them to Cannes. Andreas Dresen hasn’t finished his new film yet, Fatih Akin‘s The Cut is out, and now even Petzold’s Phoenix has been elbowed aside. Funny.”

Olivier Assayas‘s Clouds of Sils Maria. Cast: Juliette Binoche, Kristen Stewart, Chloe Grace Moretz. Wells excitement level: Between 7 and 7.5. Reason: “Maria Enders (Binoche) has a successful acting career and a loyal assistant Valentine (Stewart) but when a young actress (Moretz) interpreted a role in a new movie — the same role which had made Enders famous — her world starts to crumble. Haunted by her past life, she withdraws herself along with her assistant in Swiss town of Sils Maria”…zzzzzz.

Tommy Lee Jones‘ The Homesman. Wells excitement level: 7.5 to 8. Reason: Jones’ The Three Burials of Melquiades Estrada showed he can marshall the celestial forces and create something with real fibre and passion and merit.

Ken Loach‘s Jimmy’s Hall. Wells excitement factor: 5.5. Reason: Loach’s swan song (i.e., he’s reportedly retiring) is about an Irish commie rabble-rouser who was deported from Ireland in the 1930s for his radical views. Loach has long been a Cannes favorite. This seems to be strictly a sentimental career-tribute pick.

Michel Hazanavicius‘s The Search. Cast: Berenice Bejo, Annette Bening. Wells excitement factor: 8.5 to 9. Reason: Hazanavicius knows that hipster critics and ubers didn’t really respect The Artist, at best a mild little curio that won over milquetoast Academy members to win the Best Picture Oscar, so he has to prove himself as a serious big-leaguer. A Chechnyan remake of Fred Zinnemann’s 1948 The Search.

Abderrahmane Sissako‘s Timbuktu. Wells excitement factor: 6. Reason: A “story of a young couple who were stoned to death in northern Mali for the crime of ‘not being married before God'”?…gimme a break.

Jean-Pierre and Luc Dardenne‘s Two Days, One Night. Cast: Marion Cotillard, Fabrizio Rongione, Olivier Gourmet. Wells exctiement level: 6 to 6.5. Reason: The Dardennes are always are given a Cannes berth to show their latest, regardless of quality. Fuck with the Dardennes at your own peril. A “story of a young woman trying to convince her colleagues to give up their bonuses so she can keep her job”….really?

Nuri Bilge Ceylan‘s Winter Sleep. Wells excitement factor: 8.5 to 9. Reason: Ceylan is simply and indisputably a world-class master filmmaker. That said, I’m a tiny bit afraid of any title that alludes to hibernation.

I’ll get into non-cometition titles later today or tomorrow.