If a competing filmmaker at the Cannes Film Festival wants to win the Palme d’Or, rule #1 is that he/she shouldn’t announce this in so many words. The general rule is to adopt an attitude of “let the mountain come to Mohammad.” Rule #2 is not to proclaim that his/her competing film “is my masterpiece.” If anyone’s going to use that term it should probably be the jury and/or the critics, no? And yet Naomi Kawase, the Japanese director of the in-competition selection Still The Water, has broken rules #1 and #2 in a May 11th interview with Agence France-Presse. 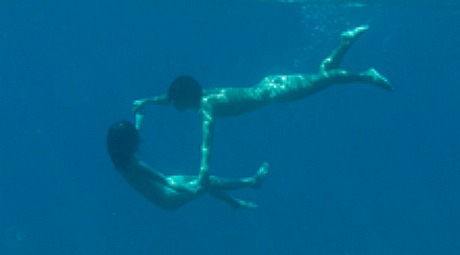 “For an auteur who has already bagged the Camera D’Or and the Grand Prix, [Kawase’s] sights are set on the top honor — the Palme d’Or,” the story notes. “‘There is no doubt that this is my masterpiece,’ [Kawase] said of Futatsume no mado (literally ‘the second window’ but titled in English Still the Water) which has been selected to compete in this year’s premiere competition. “This is the first time that I have said this about a film,” she goes on. “After the Camera D’Or and the Grand Prix, there is nothing I want more than the Palme d’Or. I have my eyes on nothing else.”