All Hail The Mavs

Chapman and MacLain Way‘s The Battered Bastards of Baseball, which I saw and raved about at Sundance 2014, will debut on Netflix on July 11th. It’s a wonderfully spirited doc about a scrappy-ass minor-league Portland baseball team called the Mavericks. The “Mavs” were a genuinely independent operation (i.e., not a farm team for a major-league club) that was owned and managed by character actor Bing Russell, the father of Kurt Russell. The Mavs lasted for five years — 73′ to ’77. The doc is about a proudly non-corporate baseball team. It’s about spunk and tobacco juice. It’s about a team of third- and fourth-rate players who won games, sold a shitload of tickets and revitalized the Portland baseball scene. 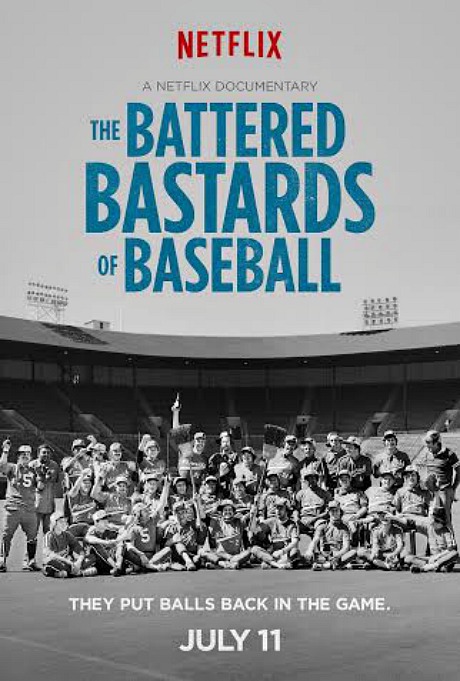 The Battered Bastards of Baseball “is so obviously a feature film I shouldn’t even have to mention it,” I wrote last January. “It’s a kind of baseball version of Slap Shot. Russell or Kevin Costner could play Bing…hello? It feels like an absolute natural. Maybe it’s an HBO film, maybe an indie…but it definitely has the makings of a great little baseball movie with heart.

“Bing was best known as Deputy Clem Foster on TV’s Bonanza, which he played steadily until the series was cancelled in ’72. He played a snarly Union solder who had his leg cut off in John Ford‘s The Horse Soldiers (’59). He was shot point-blank in the opening barroom scene of Howard Hawks‘ Rio Bravo (’59). He played Vernon Presley opposite Kurt in John Carpenter‘s Elvis (’79). Bing passed in ’03 at the age of 76.”

June 11, 2014by Jeffrey Wells4 Comments
« Previous post
The Usual Araki Thing
Next post »
Get Up Offa That Thing