Brando was in a state of becoming for his first 20 years, or from his birth in ’24 until his first stage appearance in 1944’s I Remember Mama. Three years of striking but supporting stage performances followed in Truckline Cafe, A Flag is Born and Antigone. Then he became an Absolute God for a little more than seven years, or from late ’47 when his levitational Stanley Kowalski was unveiled in A Streetcar Named Desire at the Ethel Barrymore theatre on 12.3.47. The reign came to a close with the July 1954 debut of On The Waterfront and Brando’s subsequent winning of the Best Actor Oscar on 3.30.55). For the next 48 years he became a guy who grappled with more than his share of disappointments, frustrations and pain, save for the ’72 and ’73 rebound of Godfather and Tango.

The tributes were numerous and heartfelt when he passed on 7.1.04, but I can’t even find the obit I wrote on Movie Poop Shoot (which I was winding down as I was in the midst of starting Hollywood Elsewhere, which launched in late August of that year). That’s a shame. But at least I have the piece I wrote following the 2.27.05 Oscar telecast, in which I scolded Oscar producers Gil Cates and Lou Horvitz for having “taken the politically easy road and revealed their personal colors, not to mention the industry’s basic value system, in their decision to pay a special extended tribute to Johnny Carson and not Brando.” (This decision was mainly why I used the expression “keeled over” in my 11.1.11 piece about the passing of Cates.)

The article was called “Sorry, Bud,” and it was written as a personal letter to Brando’s ghost.

“You never cared about this stuff, and you really couldn’t care less from wherever you might be now, but I’m profoundly pissed about the Oscar producers not giving you a special tribute reel of your own last night. Pissed and ashamed and a little bit disgusted. 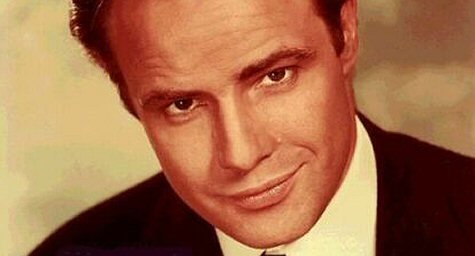 “But you were a bad (indifferent?) politician and a bit of a self-loather, and you let your unresolved screwed-up stuff define too much of your life and image over the last 45 or 50 years, and Johnny Carson, whose departure happened just recently, was better liked by the industry and public, and he was a sublime Oscar host all those years.

“Cates and Horvitz lumped the great Marlon Brando in with all the other dear and departed during last night’s ‘In Memoriam’ tribute…all right, they gave you the last slot at the end of the montage and used four stills instead of one or two…but it was like someone saying matter-of-factly, minus any sense of sufficient sadness or reverence, Marlon Brando is merely dead.

“The Brando tribute reel that Cates and Horvitz didn’t show (and probably never even cut together) should have proclaimed — trumpeted — that Marlon Brando lived. He lived and screamed and wept and re-ordered the universe as people knew it in 1947 in New York City, and then rocked Hollywood in the early to mid ’50s, and left them both in a state of permanent shakedown and reexamination by the time of his effective departure from creative myth-making in 1954 or ’55….and then shook things up again when he briefly re-emerged as The Man in the early ’70s. 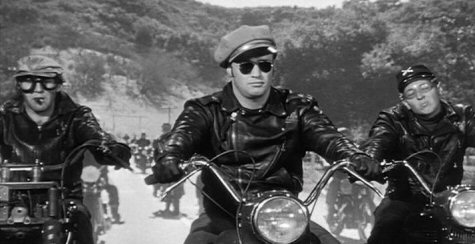