At the 1:02 mark Hedwig and the Angry Inch star Neil Patrick Harris tells HuffPostLive‘s Ricky Camilleri about having recently seen David Fincher‘s Gone Girl, in which NPH costars, at a late-night Manhattan showing. Wasn’t color corrected, had temp music. He really liked it, he says, but you know…he’s in it. Camilleri twice refers to the director as David “Lynch”…that happens, no biggie.

First-rate reporting about the renegade Malaysian Airlines shoot-down has been passed along all day by Foreign Policy columnist and Interpreter Mag headliner Michael Weiss. Weiss appeared on at least two MSNBC shows today. [His appearance toward the end of Lawrence O’Donnell‘s The Last Word — after the jump — is worth catching.] The below is an alleged transcript between the bad guys — two (or is it three?) intercepted conversations put out by the Ukranian government — about the missile-caused midair explosion and mass murder.

Here’s a portion of my 1.22 Sundance Film Festival review of Charlie McDowell and Justin Lader‘s The One I Love: “Mark Duplass and Elizabeth Moss play Ethan and Sophie, a couple who visit a kind of therapeutic country retreat in an effort to heal their damaged relationship (largely due to a brief episode of infidelity on Ethan’s part). Early on something happens that either (a) re-acquaints the couple with alternate, fantasy-projection, somewhat more attractive versions of themselves or (b) reminds them of the people they presented themselves as when they first met.

“We all put on our best sexy/attractive face when we first meet and go out with someone we like and want to be with. Down the road the reality of who we really are eventually comes out, of course. The therapy that Ethan and Sophie experience at the retreat is surreal, but the film is basically saying that when we stop presenting our sexy/giving/open-hearted selves (a process that ends because it’s so exhausting) and come down to earth, we inevitably disappoint our partners. The One I Love is about re-connecting with the person we fell in love with initially and/or ditching the one we’ve become disappointed with since.

“McDowell, Lader, producer Mel Eslyn and executive producer Duplass should be proud and satisfied for at least delivering an entertaining comedy that is clearly unusual and at least semi-thoughtful (even if they don’t quite bring it home). The One I Love is a great date flick — no question. Definitely something to kick around with your significant other and friend over drinks. It should sell.”

19 Comments
If People Don’t Want To See Something…

In other words, people can always smell the hits and the flops before they see them, and so they do what they want to do, often regardless of reviews and marketing (or in defiance of them). I don’t fit that mold, of course, but I have instincts like anyone else. Except I often don’t want to see a lot of the hits I can smell coming because I know they’ll be coarse and assaultive and probably infuriating. And then sometimes I’m surprised, which is what I live for.

The great Elaine Stritch, 89, died today at her home in Birmingham, Michigan. A brassy, legendary life…a tough, candid, utterly unique performer who lived large. Here’s a piece I ran last March about Chiemi Karasawa‘s Elaine Stritch: Shoot Me: “[This] is one of the frankest and boldest docs I’ve ever seen (or would want to see) about what a bitch 87 years old can be. Karasawa’s film is admirably blunt and candid, but that Bette Davis line about aging being ‘not for sissies’ has never seemed more dead-on. This is no glossy showbiz portrait. Well, it is but it has more on its mind than just praise, and some of what we’re shown is unpleasant.

“I’m just being as honest as Karasawa’s film, okay? It’s not a walk in the park, this thing. But it’s quite tough and ballsy. And hats off to the subject for allowing the raw truth to come through.

These movies aren’t just familiar, similar and long-running — they’re a genre. I’m a little amazed that they keep getting made when they all deliver more or less the same thing.

It was announced late yesterday that David Fincher‘s Gone Girl will open the 52nd New York Film Festival on Friday, 9.26. This was locked in several weeks ago. I’ve been told that another major award-season film from a respected, power-hitting auteur was firmed for the NYFF even earlier in the game, either last March or April. (One reason this film will not play Telluride is that the auteur’s last film was turned down by the Telluride team, or so the story goes.) I’ve also been told that a third big-deal title, also from a name-brand heavyweight, will also be shown at the NYFF, although not necessarily exclusively. The NYFF runs from 9.26 through 10.12. I’ll be attending between 9.26 and 10.5. 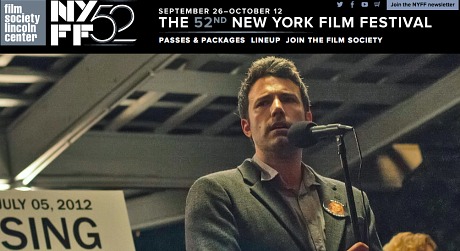 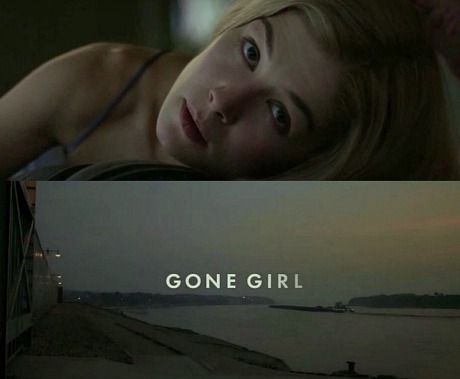 On 5.26 I noted that a clip from Xavier Dolan‘s Mommy, which will be shown within a 1:1 aspect ratio, seems closer to 1 to 1.2 or 1 to 1.3 — taller than wide. Ditto with this, the first official trailer. And yet if you tilt your head sideways it’s a perfectly square box. “It probably goes without saying that the popcorn-munchers are going to have a very slight problem with 1:1, like they’re being deprived on some level,” I wrote. “Many/most of us been conditioned to accept 1.37 as the official non-wide a.r. but the taller-than-wider illusion might (I say ‘might’) get in the way for some. Or strike them as visually precious.” Does Mommy have any kind of U.S. distribution deal? Not to my knowledge. (Pic will be distributed in Canada this September by eOne.) Honestly? If I was a distributor I wouldn’t touch Mommy with a ten-foot pole. The movie (or the portion I saw of it, about 70 minutes) is crazily original, but the aspect ratio is a killer. It’s too severe.