Took A Walk, Left The Room 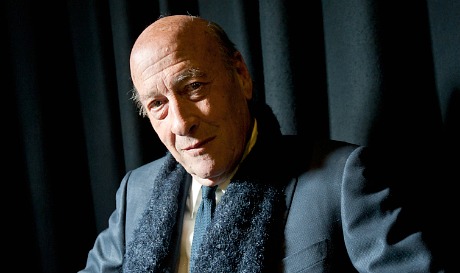 “Lester was devastated,” Kashner writes. “Even now, 25 years later, he can’t talk about it. All he says when the subject comes up is, ‘It’s painful. I’m sure you appreciate that. He is…he was…wonderful.’ Whether it was the death of his friend, the ensuing lawsuit [from Kinnear’s wife] or changes in the movie industry, Lester would never again direct a feature film.”

“25 years later”? So Kashner spoke to Lester within the last six months? Under what circumstances? If Kashner and Lester spoke this year, why not discuss the re-mastering process that led to the Hard Day’s Night Criterion Bluray?

If I could talk to Lester you can bet I’d at least ask — politely, delicately — about his decision to crop A Hard Day’s Night at 1.75.

HE: “Obviously you decided that A Hard Day’s Night would look better within a 1.75:1 aspect ratio, which you obviously prefer to the more common 1.66:1…” Lester: “That’s right.” HE: “But why? I mean, the Criterion Bluray is immaculate and the 1.75 cropping isn’t that bothersome for the most part.” Lester: “Nice of you to acknowledge that.” HE: “But there are two or three framings that look needlessly over-cropped. The press conference shot when Ringo says he’s a ‘mocker’ — that’s definitely over-cropped. We all know that 1.66 was quite the prevalent British aspect ratio during the mid ’60s, and that the film had been cropped like that for the last 50 years and that Criterion itself issued a 1.37 version on a laser disc back in the ’90s…” Lester: “But the leaders say 1.75, Jeffrey.” HE: “I realize that but…I’m sorry but I don’t see how it really matters. I only know that perfectly good visual information has been sliced for no reason than an arbitrary call on your part…no offense.”