It’s been so long since I saw and wrote about Damien Chazelle‘s Whiplash (i.e., Sundance or seven months ago) that I need to re-immerse and somehow crank up again. Miles Teller‘s best performance ever so far. Pic is baity as far as J.K. Simmons‘ performance as a psychotic musical instructor (a loon in the tradition of R. Lee Ermey‘s Gunnery Sergeant Hartman) is concerned. The Sony Pictures Classics release wil play Toronto and then open on October 10th.

Some Blurays of older black-and-white films can look inauspiciously fine, i.e., good enough. Some pop out in a pristine, extra-textured way, like a brand-new print that hasn’t been touched. Criterion’s Foreign Correspondent or Sweet Smell of Success Blurays come to mind. Or they can look ghastly like Criterion’s Stagecoach. Or very faintly unsatisfying like Warner Home Video’s Notorious Bluray. Every so often a grain purist will claim that a black-and-white film looks a bit too DNR’ed (i.e., Universal’s Psycho Bluray or the original Casablanca Bluray as opposed to the grainy 70th anniversary edition). But Warner Archives’ recently-popped Bluray of Jacques Tourneur‘s Out of the Past (’47) is beautiful. It’s the stuff that Bluray nerd dreams are made of — rich and velvety and clean as a hound’s tooth. It has a noticable but unobtrusive grain structure that will satisfy all but the most neurotic monks. Just enough grain to make it look like film but never enough to make you say “fucking grain.” This puppy is how older black-and-white films should look. It’s as close to perfection as I can imagine, or have ever seen. 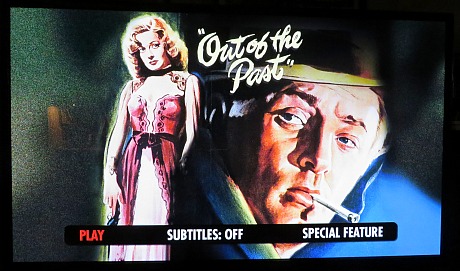 Late last September Variety‘s Scott Foundas wrote an appreciation of Thom Andersen‘s re-edited, digitally upgraded version of Los Angeles Plays Itself, which had shown a day or two earlier at the American Cinematheque’s Egyptian theatre. (It premiered at the 2003 Toronto Film Festival, which is where I first saw it.) Before the L.A. screening, Foundas writes, Andersen told the audience that the 2013 version “is not an update…I didn’t see the need.”

“The way movies foreclose the possibility of emancipatory politics has not changed,” he explained to the crowd. Foundas reports that Andersen also said “the gulf between an impoverished working class and a wealthy one percent even more of a truism now” than it was in 2003.

Maybe so but for God’s sake, man…you think people are into your film so they can contemplate the socio-political stuff? Los Angeles Plays Itself is almost certainly the best film ever made about how Los Angeles has portrayed itself (or allowed itself to be captured) in movies, hands down. Watching it feels so stimulating on so many levels, like a combination bath and visual massage, and all of it delivered with a smart, socially astute hand. It gives you a nice, comforting academic contact high. It’s a kind of thinking cinefile’s amusement park. It “plays” in any corner of the globe, I’m sure, but, as critic David Fear once suggested, it also stokes the narcissism of Los Angelenos in a way that’s pretty much impossible to resist…the movie is about “our” realm, “our” history, “our” lives and back pages.

14 Comments
The Fix Is In

While watching the remastered, slightly-reedited version of Thom Andersen‘s Los Angeles Plays Itself last night at Cinefamily, I suddenly decided I wanted to see Jacques Deray‘s The Outside Man, a 1972 hardboiled noir that Andersen uses a couple of clips from. (It costars Jean-Louis Trintignant, Ann-Margret and Roy Scheider.) I just wanted to download and watch it without any bullshit. But of course, Netflix offered just that. I can order the disc, they said, but no streaming. (Every damn time I want to stream something on Netflix it always says “sorry but no can do.” Every damn time.) The film isn’t on Vudu or Hulu either. I can rent it on Amazon (I’m an Amazon Plus guy) and watch it on one of my Mac laptops but the only way to watch Amazon rentals on the 60″ Samsung, apparently, is to buy an effing Roku player, which has the app. (Amazon apps are not on my Oppo Bluray or my Apple TV, and are not installable on same.) If I had money to burn I’d suck it in and buy the damn Roku (what is it, $80 or $90 bills?), but I hate being prodded to spend money for video players that I resent and never liked the sound of in the first place. I hate the word “Roku”…hate it! 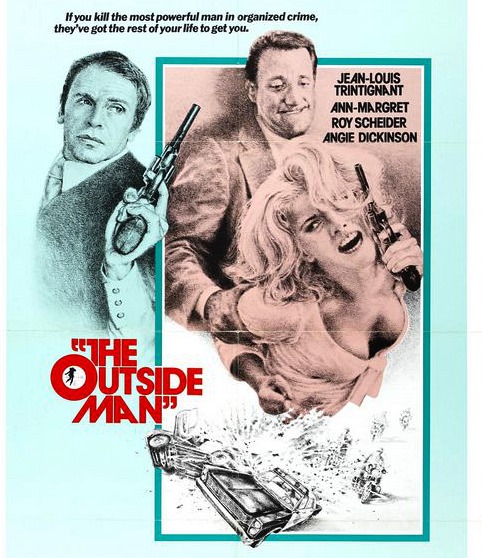 I scanned and posted a few stills from the ’70s and ’80s yesterday, and not only did the usual snark not manifest but the photos seemed to go down fairly well — only one cheap-ass comment. I scanned a few more this morning. 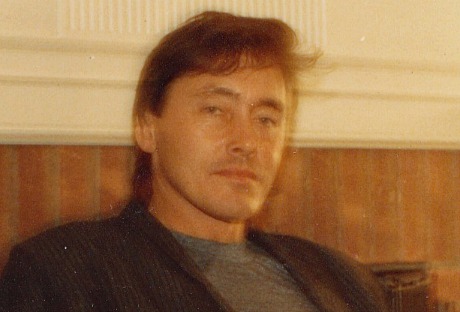 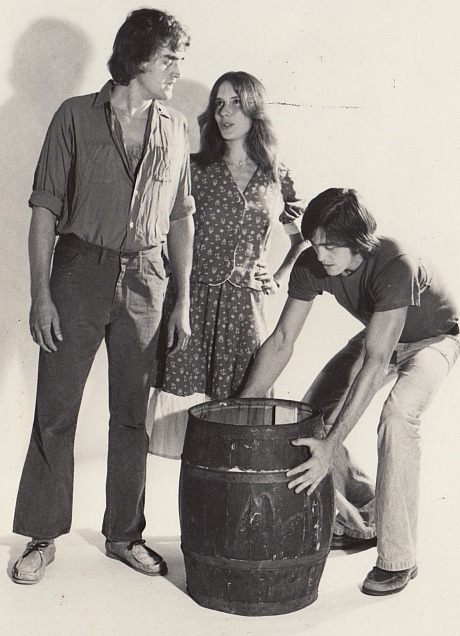 I played the boorish hillbilly rapist Marvin Hudgens in a Westport Country Playhouse production of Dark of the Moon in the summer of ’77. Tedious play. I wasn’t too bad. 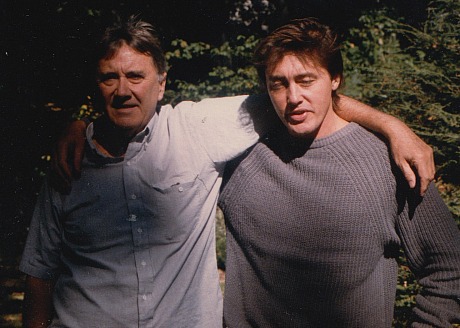 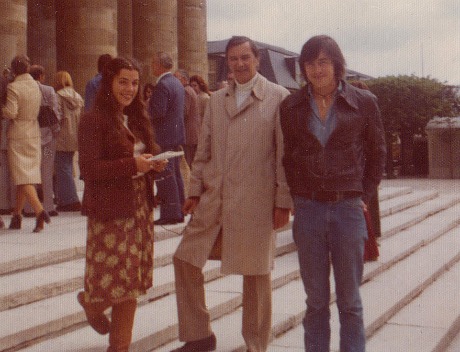