Haunted, Decent Man On The Road

The Bluray of Steven Knight‘s Locke streets on 8.12. From my 4.8 review: “It happens entirely inside a BMW SUV on the motorway between Birmingham and London at night, and it’s all about bluetooth phone calls. The great Tom Hardy is behind the wheel the entire time. But what pushes the film along is the stuff of any compelling drama — character, tough decisions, adult pressures, guilt, tragedy, trauma, twists and turns. 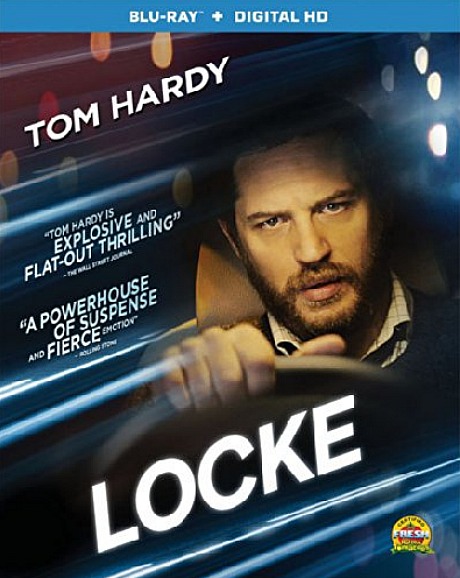 “Locke might sound a bit confining or even boring, but it’s not — trust me. This is not some arcane aesthetic exercise. It’s not a stunt film. It’s a story about a real guy coping with pressure and responsibility and love and adulthood and serious, real-deal consequences and trying to man up and do the right thing without allowing everything else to fall into a heap on the floor.

“Locke is about minimalism, of course, but it generates story tension in a way that feels similar to Alfred Hitchcock‘s Lifeboat — the dialogue and the decisions made by several characters (even if they’re all offscreen except for Locke) have your utmost attention, and you care very much about how the story will shake out.”